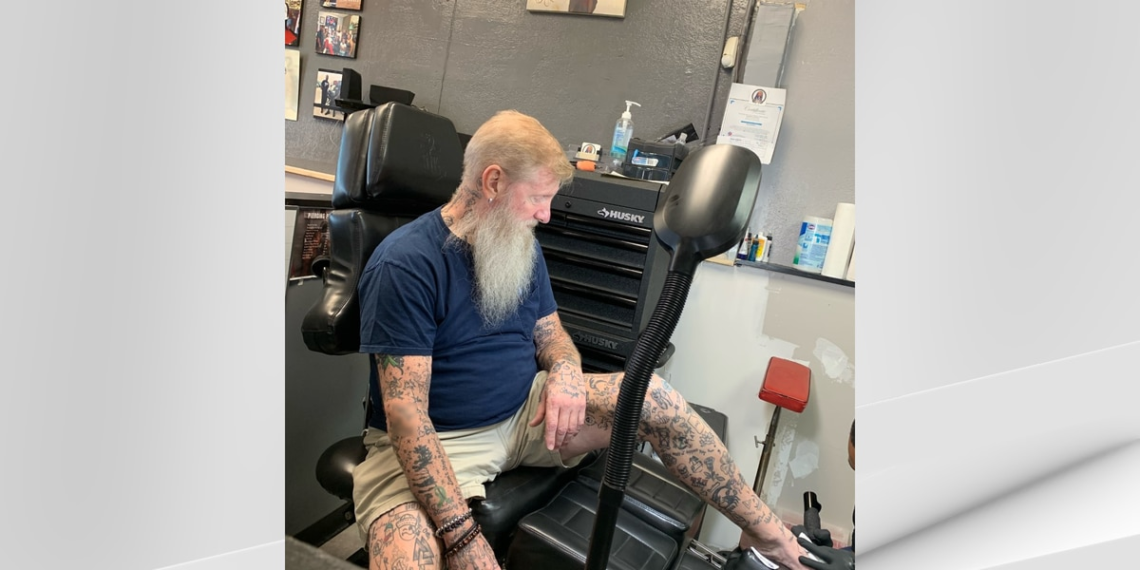 Don Caskey hails originally from Toledo Ohio but has bits of all parts of the United States on his skin. Through Don’s travels, he has gotten over 500 matching tattoos with strangers.

Don was diagnosed in December 2019 with stage 4 kidney cancer. Although he had his one kidney removed in December 2019, the cancer spread to his lymph nodes. Don didn’t sit and ponder his diagnosis. He decided to enjoy his time with his family, make memories and share his experiences.

“I had just gotten my sixth tattoo and was thinking about how my tattoos only mean something to me,” said Caskey. “That’s when I got the idea to get matching tattoos with strangers.”

Caskey’s skin is full of names, animals and symbols linking his narrative to those of strangers. Don received 419 matching tattoos between August 2020 and June 2021.

“Each tattoo has a story and experience of someone I didn’t meet until that day or the day prior,” said Caskey. “I will carry this with me now until the day I pass away and beyond. This is an everlasting memory of a cool moment in time in my life.”

“He is so inspiriting, and I love his outlook on life,” said Destiny Simpson from Owensburg. “Just living life by the fullest. I just think it is cool of him traveling and meeting people.”

Destiny and Don got matching arrow tattoos with each other’s names.

“I really don’t feel like we are strangers because I have been following his journey for so long,” said Simpson. “I wanted something going to go along with him and his journey The arrow was something to say just keep going.”

A woman from La Grange has been following Don’s story for years and made the trip for the opportunity to add to his body art.

“I love the idea behind what he is doing,” said Breann Missey from Langrange. “When I found out he was going to be in Louisville, I got emotional. His life is so similar to my mom’s. To honor her, we will get a tattoo. I get to be another stranger to meet and make friends with him.”

Don’s story turns strangers into friends, and memories into tattoos.

“I’ve done things in the last couple of years that wouldn’t fathom I would do in my prior life,” said Caskey. “I’ve met so many amazing people, and it is the most humbling experience. All those tattoos shared with strangers show that there is more to us than we think. I hope more people embracing the good.”