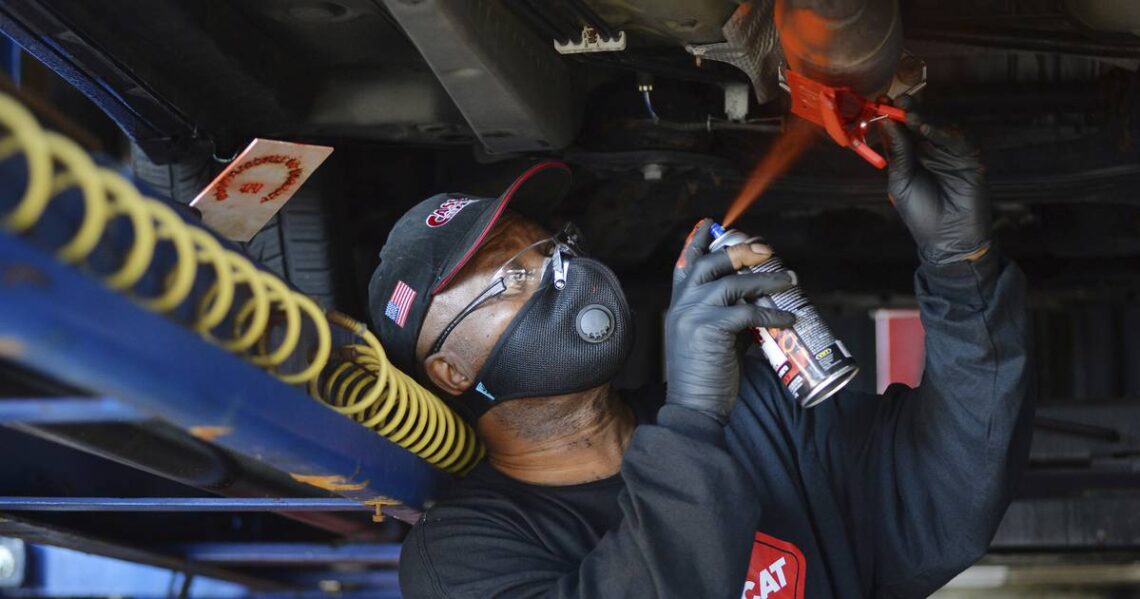 Motorists lined up at Cassidy Tire in Lincolnwood Oct. 23 in an attempt to prevent their vehicles’ catalytic converters from being stolen — a crime running rampant in both the city and suburbs.

Around 20 cars waited at the entry when the event began at 9:00 a.m. Two Lincolnwood police cars marked the spot.

When a driver’s turn arrived, Cassidy mechanics hoisted it up on a hydraulic lift while another employee prepared stencils that would give each vehicle’s catalytic converter a unique identification number, including the last four digits of its VIN number. Next, mechanics applied bright-orange spray paint to the numbers.