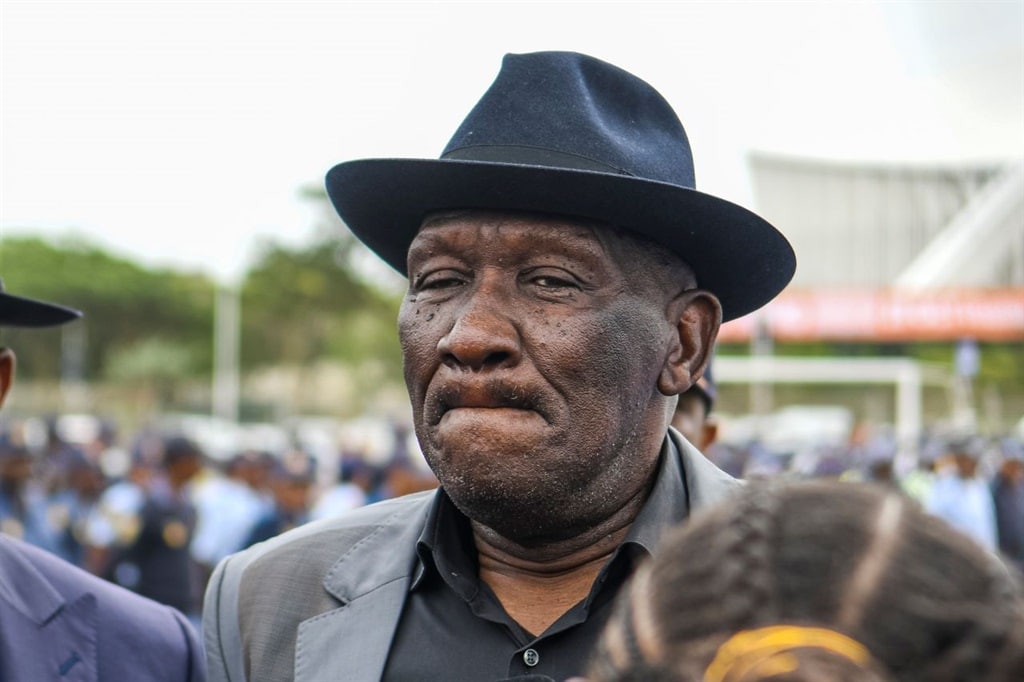 Police minister Bheki Cele has repeatedly said people with tattoos are not welcome in the police service because “they have a tendency of being gangsters”.

The written rules for tattoos on police recruits can be confusing. These rules can be different between full-time and reserve officers, so Cele and chief police officers cite documents from 1964 to support the policy.

They “must be read with Regulation 11 of the Regulations for the South African Police, 1964”, which he said decreed that would-be police officers must “not have any tattoo marks which will be visible and irreconcilable with the objectives of the Service”.

The 1964 document doesn’t mention tattoos. However, the regulations have been modified twice since 1994’s advent of democracy. They were also amended again in 2002.

The relevant 2002 clause – which still applies – reads: “A person who applies to be appointed as a member must not have any tattoo marks of which will be visible and irreconcilable with the objectives of the service.”

In his reply to Pambo, and without quoting the source, Cele says there is another requirement: “A tattoo must not be visible when a member wears or is dressed in uniform.”

This was repeated to Business Insider South Africa by police human resources head Lt-Gen Lineo Ntshiea, who added: “The intention is to promote discipline, uniformity and professionalism, which is regarded as an inherent requirement of the job as a member of the SAPS.”

In his reply to Pambo, Cele says the 1964 regulations – introduced when prime minister Hendrik Verwoerd was constructing the apartheid state –  “have not been repealed by the SAPS Act or the 2018 employment regulations, nor are they inconsistent with the SAPS Employment Regulations 2018”.

He adds: “In fact, the [2018 regulations] Do not include all appointment requirements. They are supplemented with the [1964 regulations].”

The same rules apply to reservists, says Cele, but a 2013 amendment to the 2002 reserve police regulations only says applicants must “not have a tattoo which will be visible if the person wears a uniform”.

Present-day recruitment ads for full-time officers contain a variation of the 2002 regulation, saying applicants must “not have any visible tattoos that are contrary to the objectives of the SAPS”.

Cele touched his fingers with the ink on his tattoo finger after 16 were shot dead at an Orlando bar.

Cele stated that police officers would increase in number, but applicants with tattoos were not allowed to apply. “When you have a tattoo, we don’t hire you, because you have a tendency of being a gangster.”

Cele responded to Pambo and said that tattoos have been historically associated with motorcyclists, gangsters, ex-prisoners, and former prisoners.

“The SAPS cannot afford the risk that communities view members as associating themselves with any specific group, to the perceived detriment of others who do not belong or associate with such groups.

“Consideration must … be given to the appearance of a member and how she or he may be perceived by the community that he or she serves.”

Lesiba Thobakgale, spokesperson for the South African Police Union (Sapu), accused Cele of using tattoos to distract attention from the failures in leadership and management within the SAPS.

“A tattoo has nothing to do with someone being a criminal. You don’t have to be tattooed in order to be a gangster. We are challenging the police service regulations on tattoos because it is discriminating against those who have them.”