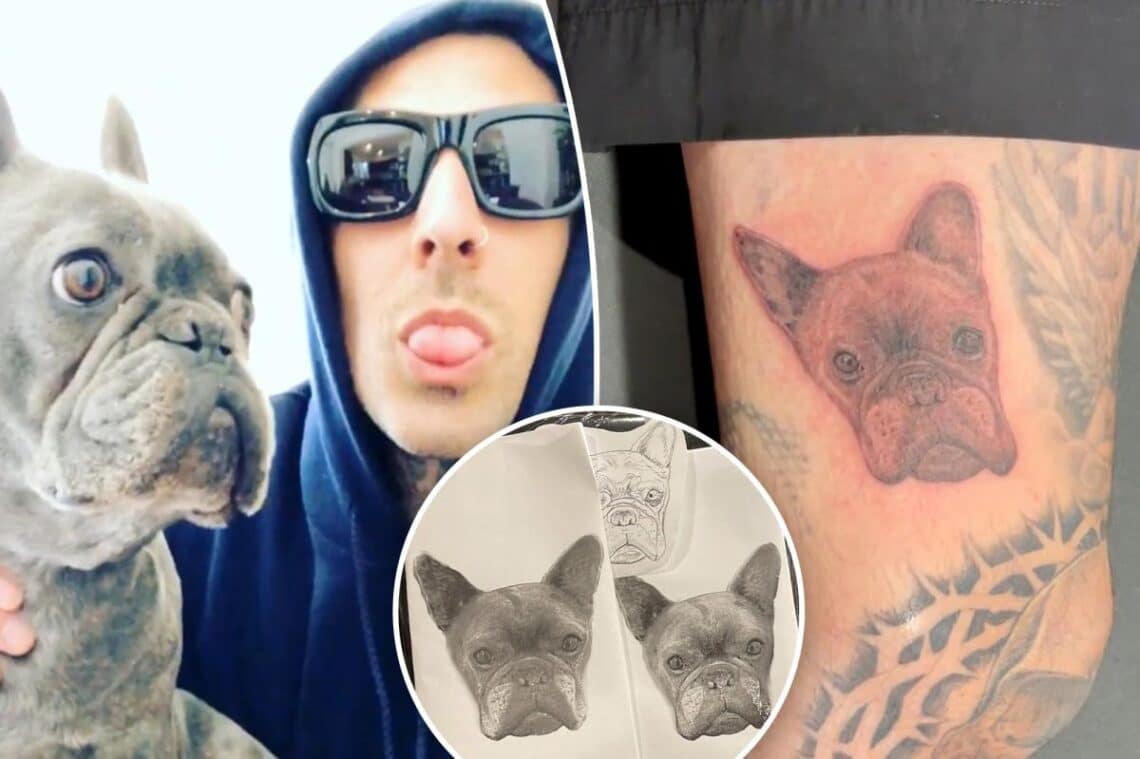 “Grateful for this tattoo @dr_woo honoring my boy Blue 🙏🏼,” the Blink-182 drummer, 46, captioned a slideshow on Instagram On Friday, the artist captured the process of tattooing.

The images and videos Barker posted revealed the tattoo design, which was a realistic illustration of his late pup’s face.

Doctor Woo is a Los Angeles-based tattoo artist who was tagged. He is highly respected by celebs. has worked on high-profile stars Like Miley Crus, Emilia Clarke, and Blake Griffin.

Barker fans left condolences in comments. Some were shocked to see that Barker, the tattoo-covered rocker still had space on his body for more ink. 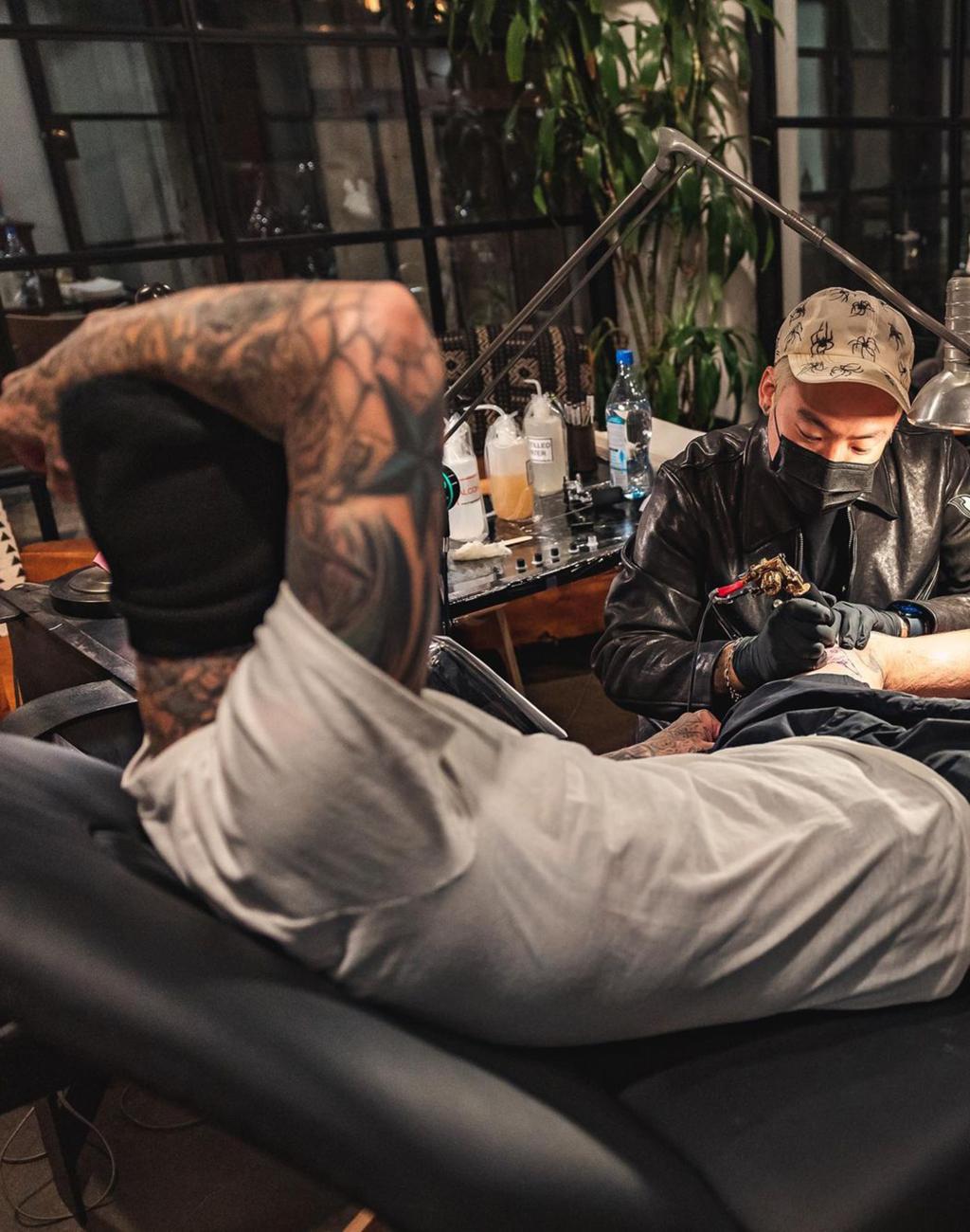 One person wrote, “Just shocked you have any real estate left on you.” 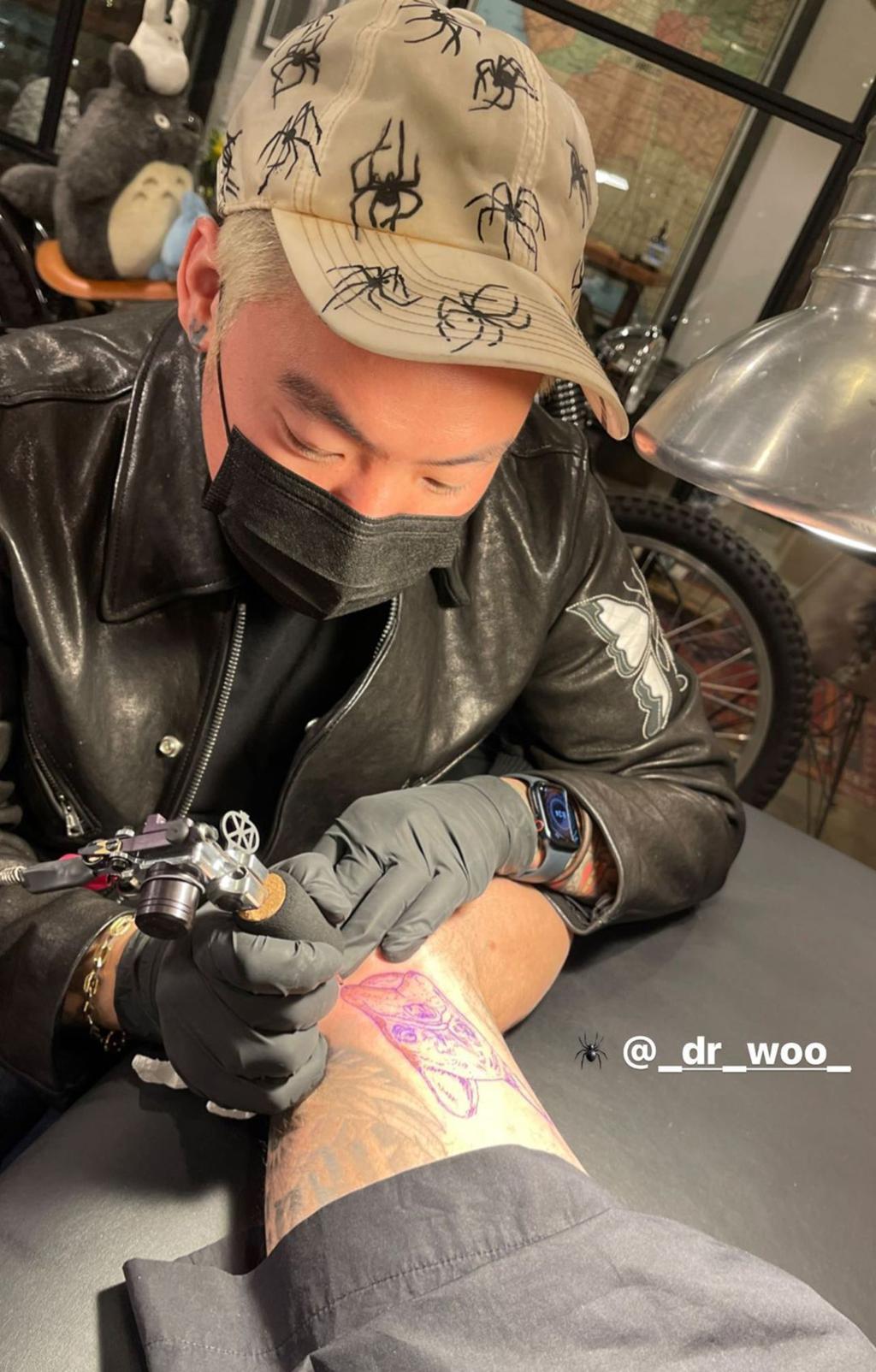 Another added, “How did you find a spot bro? 😂” 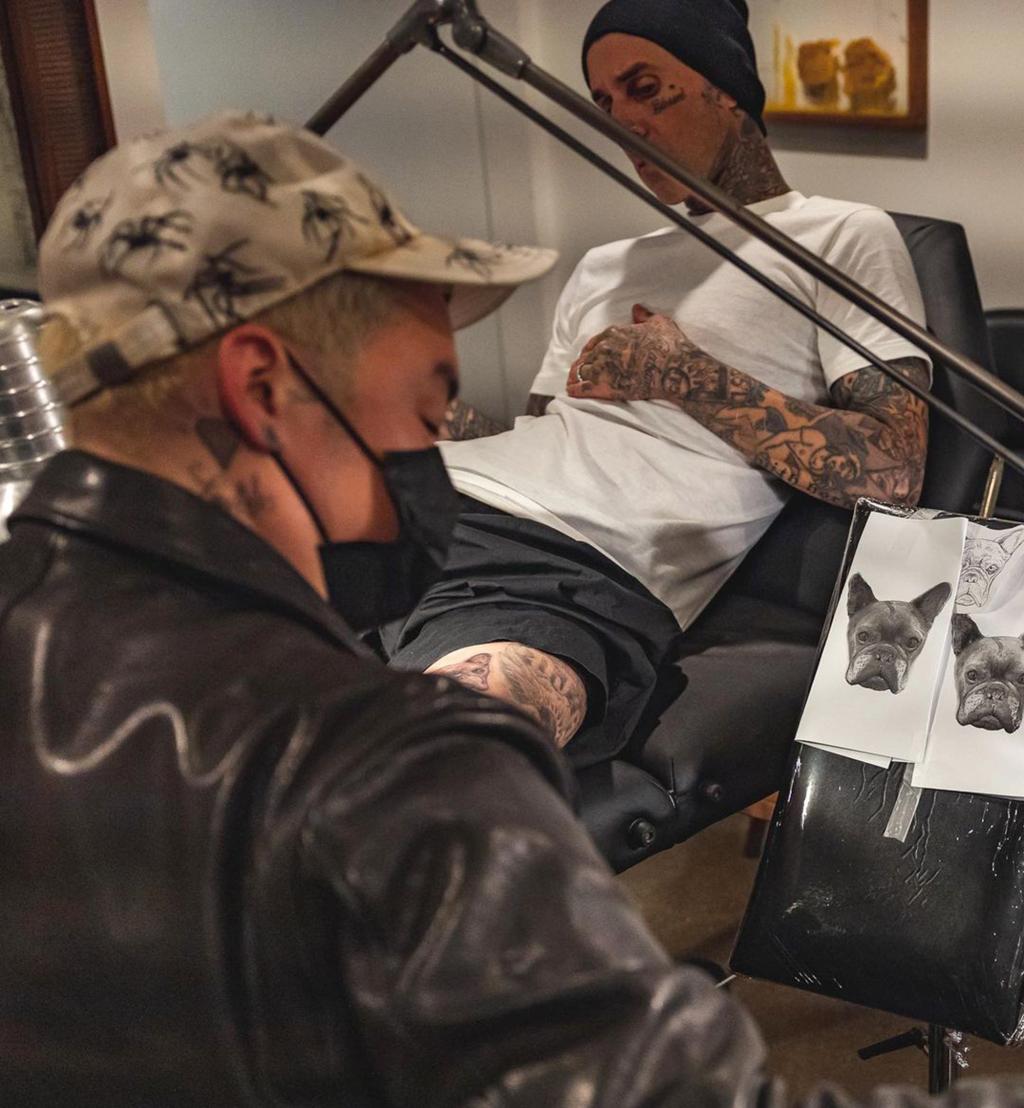 A third said, “Love that you’re still getting inked when it matters. Gotta use the rest of the real estate on babies and dope s–t.” 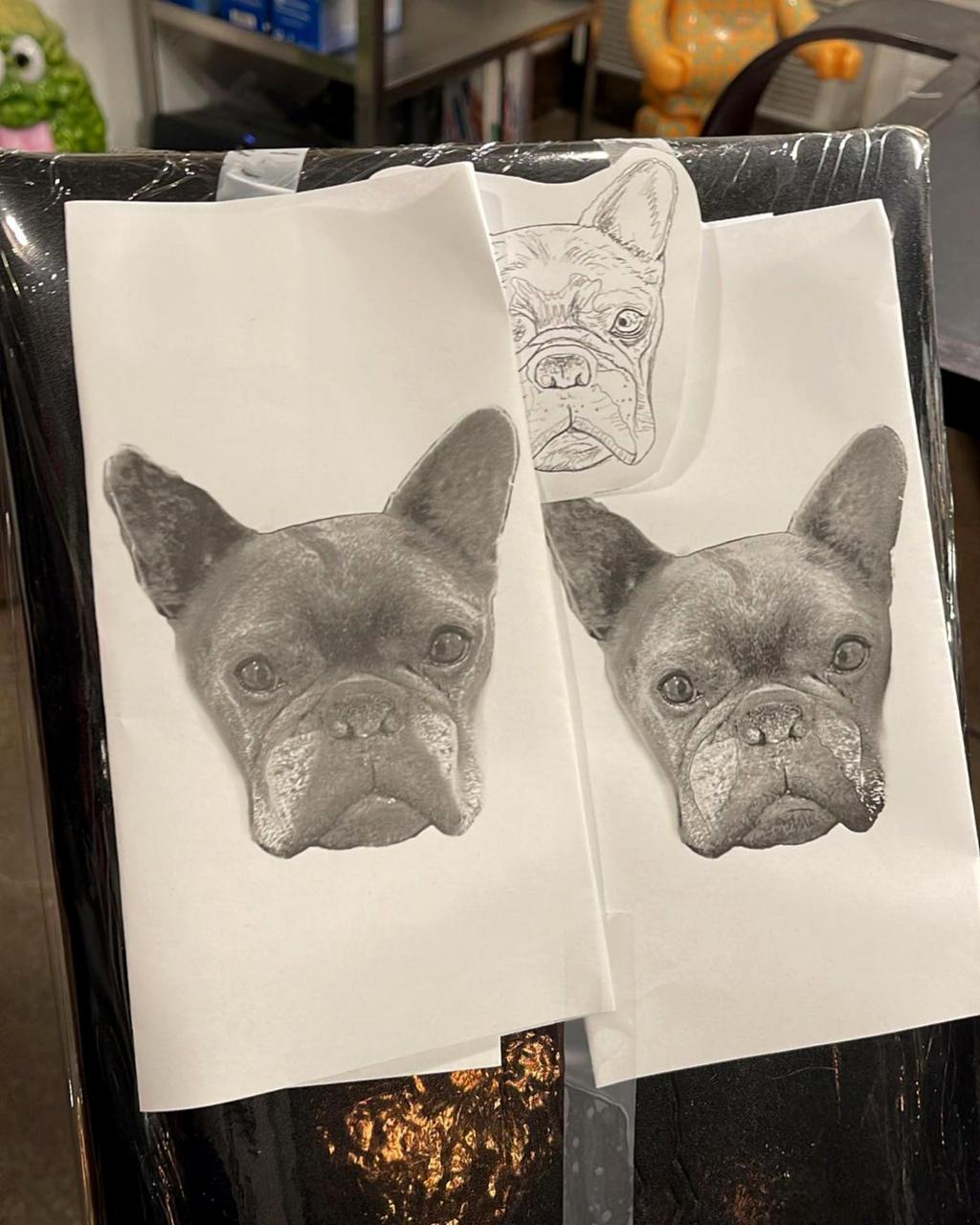 Barker and Alabama, their daughter, were spotted Wednesday on their way with Blue to see a veterinarian. However, they were soon seen leaving the scene without Blue. 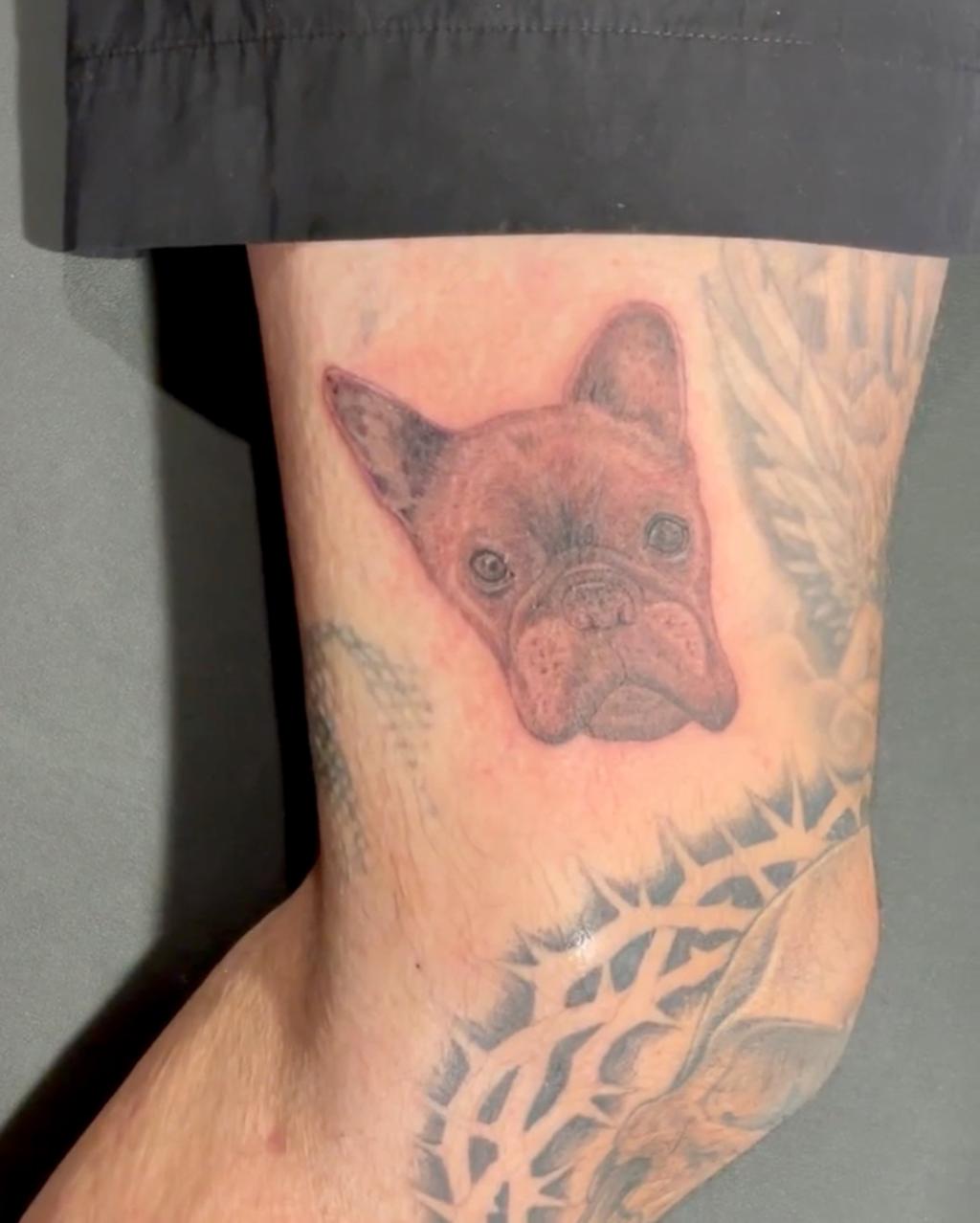 Both the “What’s My Age Again?” musician and the teen appeared visibly upset as they departed the vet’s office. 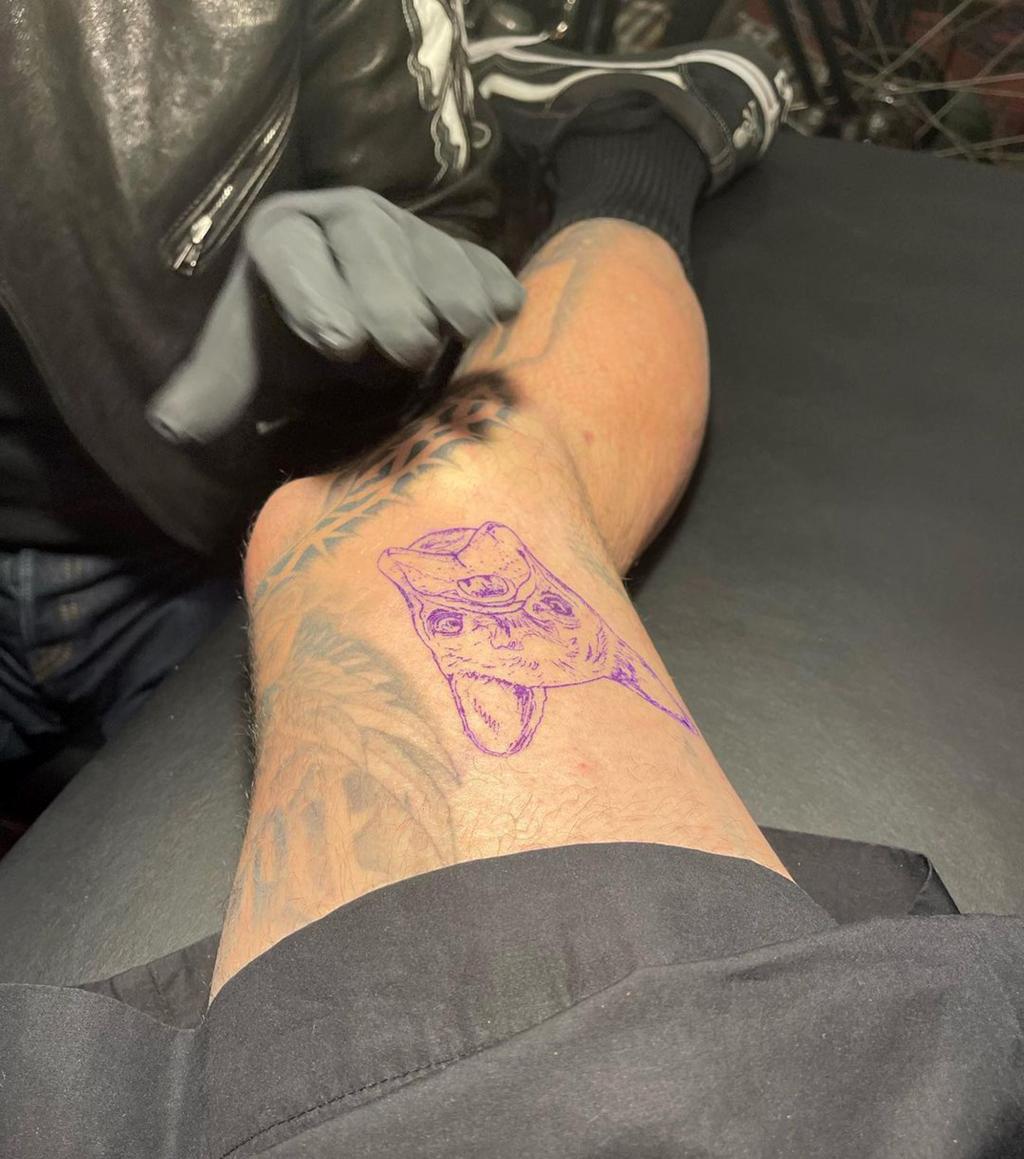 Barker uploaded a clip of Barker’s dog to his Instagram Stories hours after the incident, apparently confirming the family’s decision to say goodbye to their French bulldog.

“I’ll miss you Blue,” the “All the Small Things” rocker wrote over a video of him and Alabama gently petting the canine.

“You were the best dog. I was always waiting for you to say something.”

Alabama then shared in her own Instagram Stories how Blue had “slept next to [her]” since childhood. It’s unclear how old the beloved dog was when he died.

“I love you blue, you will never understand how much you helped me on my darkest days,” the teen continued over a video of her petting him.

“I’ll never forget you my baby, I know you’ll have the most amazing time up in doggy heaven, until we meet again my love ♥️.”