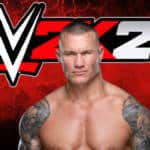 PWInsider reports WWE, Yukes and 2K have filed a motion to the US District Court in the Southern District of Illinois asking for a voiding of verdit and an order for a new trial. The defendants are asking for a judgment as a matter of law and, if not awarded that, a new trial regarding “the issues of fair use, waiver, estoppel, and license under Federal Rule 59.”

The possibility of defendants appealing despite the small verdict was obvious because of the likelihood of the verdict setting precedents that could lead to more lawsuits or verdicts about tattoos used in other games. In the filing, the defendants argue that the issue of fair use is “for the Court to decide, not the jury” and said, “Based on the admitted and undisputed facts and consistent with both Supreme Court and Seventh Circuit law, this is precisely a scenario in which fair use applies.”

They also argue that according to the evidence, consumers “would not, and did not” buy the WWE 2K games because of Orton’s tattoos, further arguding that their “purpose in including” the tattoos is not the same as Alexander’s “purpose in creating them.” They go on to argue that:

“tattoos are bound up with the rights of the individuals on whom they are inked, and unlike paintings or other artwork, are permanent parts of a person’s body. These Tattoos are not protected by copyright laws. Further, these particular Tattoos were copied from pre-existing sources and used common tropes, making them not creative, and were inked on a famous wrestler on whom they are regularly observed in public.”

WWE and the other defendants also argue that they only used as much of the tattoos as needed for their “transformative purpose” and said that they didn’t harm the market for tattoos as “there is no market for licensing the Tattoos in video games. Allowing tattooed people to freely show off their bodies and to allow others to do the same is in the public’s best interest. All four factors thus favor a finding of fair use, and Defendants are entitled to judgment on this issue as a matter of law.”