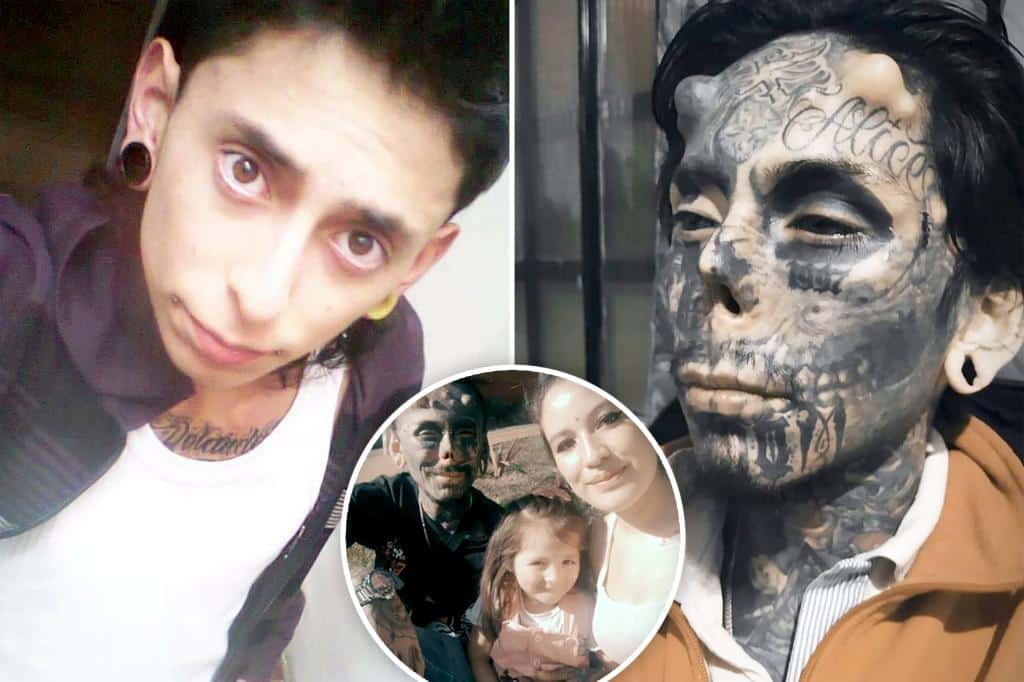 Raiden Kraneo Dids Caras was 12 years old when he was first inked by an ink pen. Today, the tattoo artist, 25, is covered head-to-toe, with an estimated 86% of his body’s surface dedicated to tattoos — including a skull-like face, reconstructed nose and horn implants on his forehead.

“People say I’m a demon,” Caras said. “But I consider myself a human being like any other.”

Colombian father-of-1 was attracted from a young age to the arts and drew those who chose skin as their medium. By 17, he’d added body modifications to his modes of artistic expression.

The tattoo artist says he often receives messages from people online who criticize his appearance, and “release poison from behind a screen.” However, no one yet is bold enough to tell him to his face, he noted.

“Sometimes people get scared of me. Some people are filled with curiosity, but nobody has ever disrespected me in person,” Caras said.

“I feel normal like anyone else despite being reminded by people that I look different,” he continued, adding, “Sometimes people who look normal are the worst beings possible.”

Caras wants others to know he’s more than a tattooed face. He volunteers his time for others, while he is not at work. “I rescue animals whenever I can,” he shared.

Describing his life as “very calm and happy,” Caras said his life is exactly the same as anyone who doesn’t have the tattoos that he does.

“I love motorcycles and extreme sports, music, reading and going to the park,” he said, adding that he loves a family cook-out with his mom, brothers and nieces, too.

He has survived being rejected by many with the love and acceptance of his family. “My mother says that whatever I do, I will always have the face of an angel.”