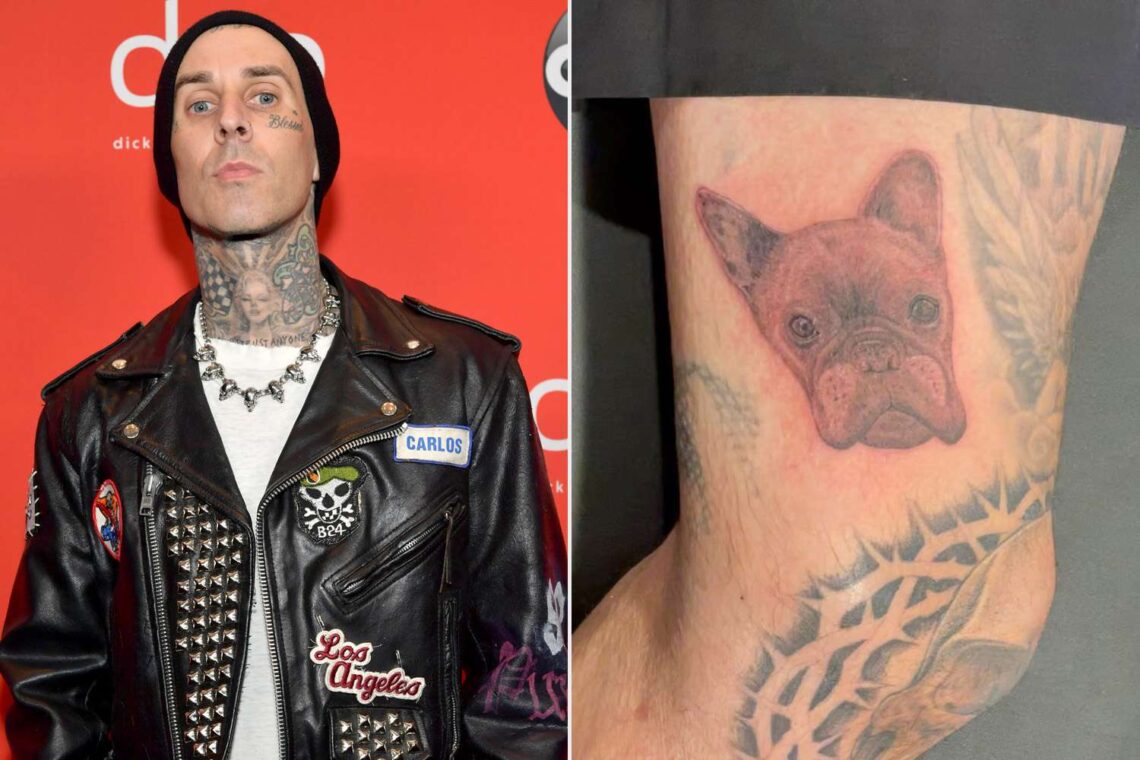 Saturday saw the 46-year-old drummer of Blink-182 perform. posted on Instagram He debuted his latest tattoo in a series of photos and videos.

“Grateful to this tattoo @_dr_woo_ honoring my boy Blue 🙏🏼,” he wrote.

The rocker is mourning the death of his and daughter Alabama Luella Barker’s French Bulldog.

He posted a tribute to his dog on Instagram Story last Wednesday. It included a series photos and a short video.

Blue was shown in the first photo alone, with a broken heart emoji near his face. Travis was seen kissing Blue’s forehead in another picture.

Alabama, 16, whom Barker shares with ex-wife Shanna Moakler, also paid homage to the dog who she said lovingly slept next to her each night, and who had eyes that “just touched everybody.”

“I will never forget you, my baby. You’ll have the best time in dog heaven. She wrote, “Until we meet again my loves,” on Instagram.

While the newlywed has been happy to share his accumulation of tattoos with fans and followers — including those he has gotten in tribute to his wife Kourtney Kardashian — his collection of ink isn’t for everyone.

Barker was rebuffed by a commenter on social networking who called Barker’s tattoos “ridiculous” last year. He said they would not age well.

“When my time comes, I’m going to hang out with other tattooed dudes and look amazing,” he stated. “What are you going to do when you look the same as every other old person?”