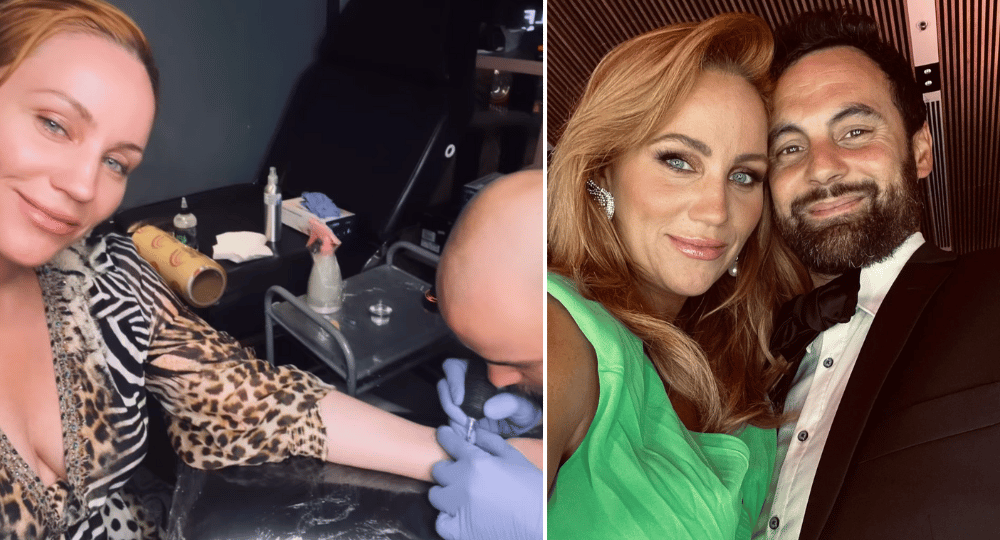 Married at First Sight Jules Robinson, a star has unveiled her stunning new tattoos as well as the meaning behind them.

The mother of one took to Instagram to tell her fans that she had just gotten the new ink on a trip to Bali.

“Been in Bali to long!” she wrote alongside a video showing the process.

These four delicate tattoos, which are evenly placed on her arms, include anchors (the symbol of eternality and inclusion) and are evenly distributed.

“The anchors are to ground me, hold me in my true happiness and remind of the most magical 2 weeks here and all the intention,” she explained.

“The right arm is an honour to my @cammerchant and my son Ollie @babycubandladylumps (Cams genes are Egyptian) the symbol of eternity.”

“And the left is a little symbol I made up to represent INCLUSION. All I care about is inclusion and feeling included in something. It is impossible to feel excluded. I have before, so this represents many elements of this.”

Jules also revealed that Cam, her husband, had no idea about the tattoos. “I face-timed Cam to show him after and surprise him!” she explained.

“He was more shocked but very quickly loved what I had chosen to do.”

Fans were quick to flock to Jules’ comment section, telling her how much they loved the tattoos and the special meaning behind them.

Jules and Cam met at Married at First Sight. They also celebrated their marriage anniversary earlier this week.

“Happy official wedding anniversary my love! May we rise, laugh, live, admire always,” she wrote on Instagram alongside a video montage of the couple.

The couple met at the altar of reality TV show, 2018 and then tied the knot in a lavish ceremony in November 2019. Oliver Chase, their son, was later born to them in October 2020.