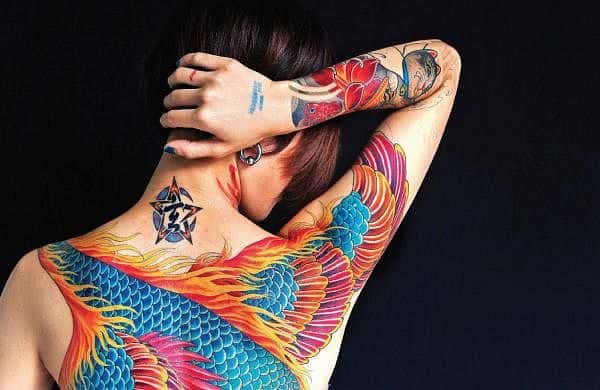 Your skin will be a sign of your health in the future. German scientists have discovered that the skin is a sign of good health.
You can take a step forward by looking into the ancient art of tattoos. The dermal tattoo biosensors are specialised devices that use the fluid in the spaces surrounding cells to detect changes in bodily conditions. What this means is that you will be able to determine parameters such as pH levels, blood glucose, uric acid, albumin concentrations, allergens, hydration levels and electrolyte balance at a glimpse. It is your portable, easy-to-use health monitoring device.

For now, the experiments have been conducted on pig skin, but the promise this technology holds
for humans is being considered the next frontier of at-home diagnosis.

The genesis
It began with chemical engineer Ali Yetisen, along with his team of researchers from the Technical University of Munich, Germany, creating a functional colour-changing intradermal tattoo in 2019. The colourimetric dye was injected into the skin using a traditional tattoo gun. Once it reached the interstitial fluid, three biomarkers were studied: pH changes that signal kidney and lung problems, glucose levels for diabetics and albumin levels to identify kidney, liver and heart issues. The role of interstitial fluid is significant in that it transports metabolites (a substance made or used when the body breaks down food) between capillaries and cells. The levels of concentration of the changing colour help determine the intensity of the disease.

“Medical tattoos are being considered the beacon of hope for those suffering allergies as well, as they help evaluate the precise levels of allergens in the body and how active,” says Delhi-based nephrologist Dr Gurpreet Rana. “The medical community is hopeful that intradermal tattoos will provide accurate disease progression analysis for those suffering from alkalosis, hyperglycemia, metabolic acidosis and hypoalbuminemia in the future,” he adds. 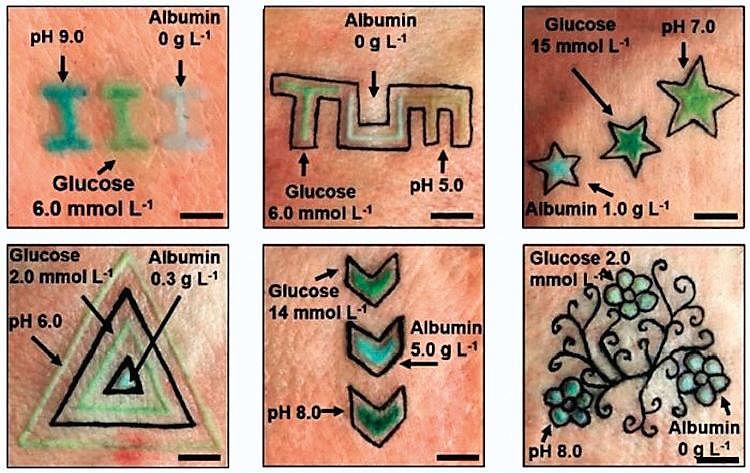 The benefits
The early detection of disease is one of the greatest advantages of tattoo technology. “It also has an edge over the readily available wearable medical devices, which, despite being sophisticated, require care and maintenance. Some wearable devices also increase the risk of Allergic Contact Dermatitis (ACD) and other skin disorders,” says Gurugram-based dermatologist Anjali Dhawan.

The best thing about tattoos is the fact that they are customizable. Just because they have a medical purpose, they don’t have to be boring. You can choose any design, provided it’s not too intricate, as it may obstruct the reading, which must be visible for monitoring.

The reverse
Toxicity or ink allergy is a huge worry pertaining to colour-changing tattoos, but researchers are working on designing biosensing inks that have been proven to be safe for medical use. The other limitation is the irreversibility of pigments in certain types of detections. This can hinder long-term monitoring and reduce signal detection. You can only alter the albumin or glucose tattoos once. Once altered, it is permanent. Scientists are working to create synthetic receptors that mimic natural ones. Not just that, the scope of medical tattoos is being broadened exponentially to include monitoring of hydration and electrolytes in the body. Ready to get inked?

There is currently research underway to determine if smartphone apps could read changing tattoo colors and provide estimation parameters.

Not just the usual pH levels, blood glucose, uric acid and albumin concentrations, medical tattoos will also be able to record variations in metabolism too.

Scientists and researchers want to make these tattoos affordable so that everyone can enjoy them.
Millions of people.