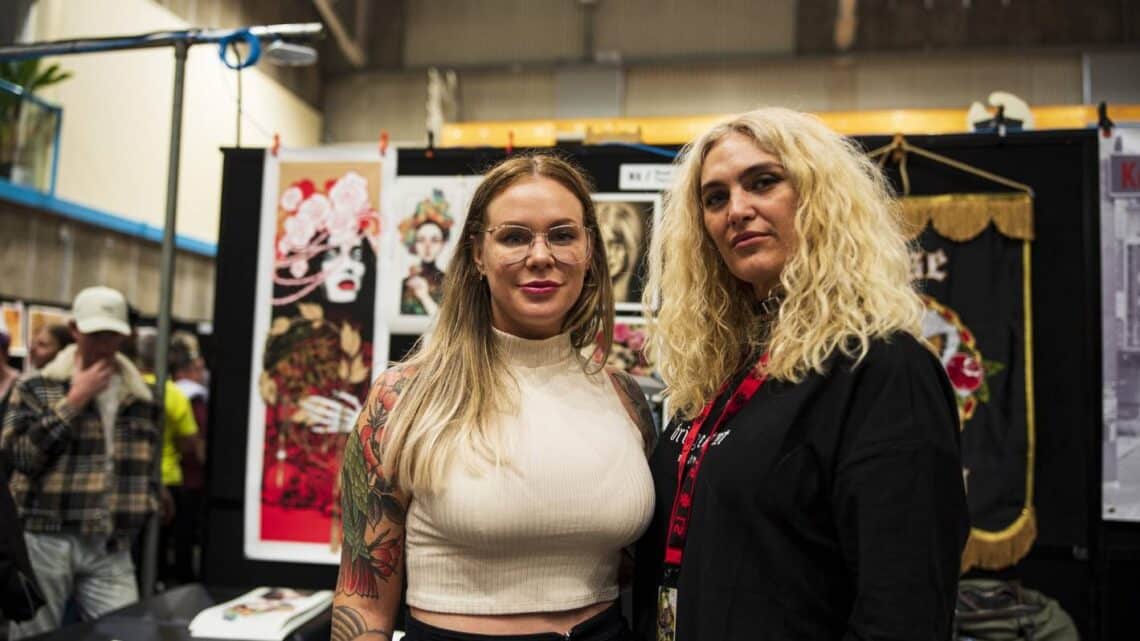 For some, it’s about the art, the tattoos and the guys on bikes doing double backflips while kids with exploding sodas cheer.

For others, the New Zealand Tattoo & Art Festival, is a chance to come home.

But the tattoo artist who grew up in Whangārei came back especially for Australasia’s biggest tattoo festival.

Held on Saturday and Sunday, the festival features over 250 artists from around the world with skills in everything from photorealistic, to vintage, to tāmoko tattoos.

The event’s attendees are nearly as colorful and intricate as the tattoos created by hundreds of tattoo guns.

Live music will be playing inside and Nitro Circus BMX riders will perform tricks outside. Brent Taylor hopes to get 7000 people through the doors.

Her favourite part about the tattoo festival was “seeing so many friends in one spot”.

“That’s kind of the point of it. It can be kind of hard tattooing in these situations, but it makes up for it because it’s so fun.”

Another who returned home for the tattoo festival was Haze Kopa, (Ngāti Ruanui, Ngāpuhi) who runs a tattoo studio in the far north with his “waiwhi” Narketa.

Kopa grew up in Hāwera and for him the festival is a chance to catch up with his friends and family from “all ‘round” Taranaki.

They enjoy coming back so much he’s been to every festival since its inception.

While his specialities include tāmoko and photorealism, Kopa said he can “pretty much draw anything”.

“When I was growing up Mum said we couldn’t afford much, and we always had pen and paper.

“Because I was a bit of an active kid she said when she put pen and paper in front of me I kind of blocked everything out, and I just got into drawing.”

“We’re at a point now with tattooing, where it’s still about tattooing, but it’s more about just looking after our people and giving the best guidance and best options for them.”

Tau Pakaua, East Cape from Ruatoria was tattooed instead with chisel and a small tool.

“Why did I get it like this? The finished result that’s why, it’s not going to blow out, those lines are clean.

“This one on my leg took something like four hours, but it’s hard to tell because I get into a place where time doesn’t mean anything.”

Last year, the festival was cancelled due to Covid restrictions.

Most tattoo artists are from Australia and New Zealand. There are also others from France and Italy.

More than half of this year’s artists are women.

For Australian tattoo artist Mimsy Gleeson and husband Pony who “just collects the money”, of Trailer Trash Tattoos the drawcard for the festival is Taranaki.

“It’s beautiful, the people are friendly, the show is just so well done, and it’s about the art it’s not so commercialised.”

Taranaki resident Asher Herman Vallen stated that all tattooing can be painful on the neck and back.

“I personally do a quick style of tattooing. It’s a kind of American traditional style. If you have enough people lined up you can easily do ten tattoos in a day.

“You have to put yourself out of comfort to make others more comfortable sometimes.”