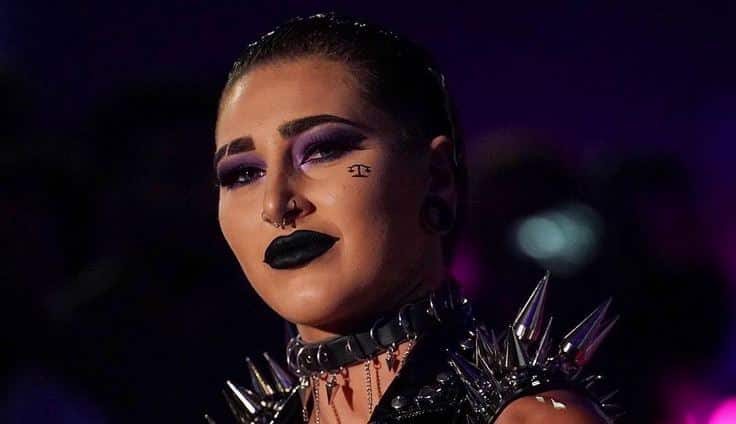 Rhea Ripley says WWE, and the business in general, has been evolving and changing, and it’s a cool thing to see.

Ripley recently spoke with The New York Post and was asked about how in the past she wasn’t really allowed to show her tattoos while wrestling for WWE. Ripley’s look changed when her gear didn’t show up for Hell In a Cell, and she was forced to come out in trunks. She was asked about her current look, an if that’s something she’s happy about presentation-wise.

“Yeah. I definitely wasn’t allowed to show them back in the day,” she said. “The business has been evolving and changing. I feel like even if I didn’t have that gear mishap when I sort of at the last minute had to put something together, it would have definitely gone down this path where I could show off my tattoos and get more and them not really care But It definitely sped up the process.”

When Ripley was asked about her recent push on RAW, specifically the slam she gave to Luke Gallows, we noted that Ripley had previously compared herself with WWE Hall of Famer Chyna. Ripley continued and commented on how things are starting to change people’s perception of the product.

“It’s something that we haven’t seen (in WWE) since pretty much Chyna. So it’s cool that I get to be that person. I can still show this level of dominance without actually having to fight. I can hit the guys. I get to pick up the guys and show the world who the hell I am. It’s cool to see how everything has been evolving over the last few months. This feels like the beginning of a new era at WWE where we can keep up with the men. That could possibly lead to something, I don’t know. I’m hoping for it,” she said.

Follow Marc on Twitter @ @this_is_marc. You can send any news, tips, corrections or suggestionsto us by clicking this.