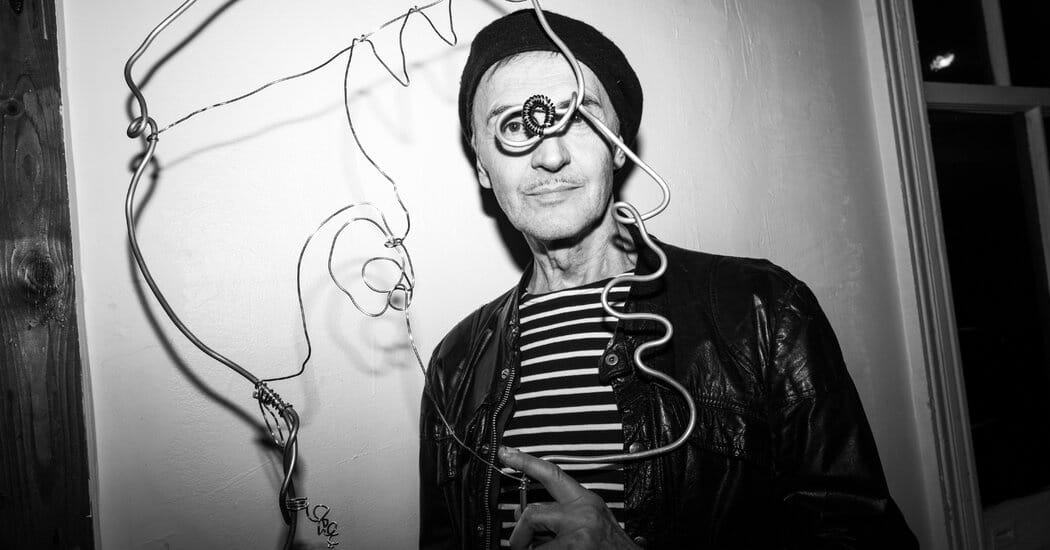 Steward’s punctilious, frank documentation of his sexual adventures was one of the things that appealed to Kelly, himself a diarist whose decades-long practice fueled his 2018 “live memoir” of a show “Time No Line.” The new piece was presented for the first time at N.Y.U. Despite the wealth of biographical information, Skirball, 2019, is more than just a retelling. “Samuel Steward touched every single aspect of gay male sexuality over the course of the 20th century, and his life demanded to be theatricalized in some form, and obviously not in an episodic manner,” said Jay Wegman, the director of N.Y.U. Skirball was the one who ordered the show. “John’s interpretation is more a meditation on his life.”

The show is designed as a series of vignettes pulled from many stages of Steward’s life, sometimes re-enacting scenes he had described in his diary. Kelly spent a lot of time reading primary sources to properly channel him. “I wanted to find as many of his actual words as I could,” he said. “I had to find his voice, see photographs of him at different points in his life, see his drawings, see his tattoo designs, and develop a sense of his trajectory. What kind of flesh do they put on the bones? That’s a recipe of movement, of design, of video, of music.”

For him, “Underneath the Skin” is a semaphore that signals a presence now too easy to forget. “I’m trying, in a polite way, to shove this story down people’s throats — meaning the 20th-century history of gay and lesbian and trans people who found ways of having a life when there were so many risks,” he said. “What makes him unique is the fact that his ephemera comes down to us so we have actual proof, so to speak, of his existence.”

The specifics of Steward’s life can feel remote today, yet one thing still resonates loudly — his formidable will to be true to himself, and to connect. “Even when he’s musing on mortality and old age at the end of the piece, there’s still these images that come in the video of that quest for contact,” Kelly said. “It’s human nature: We need to make contact, we need to find warmth.”