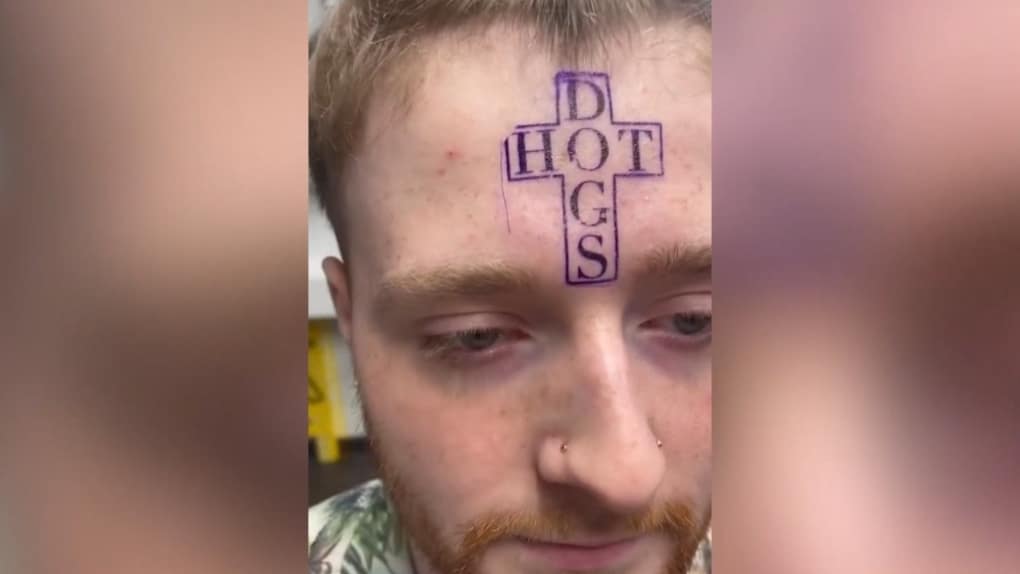 Rad Carney had been looking for a way to make up some time during a slow day in the shop a few weeks back.

“I’ve been pulling pranks my whole life,” said the artist working out of Adrenaline VanCity Granville.

“So it was just another day for me, you know?”

Carney, inspired by the East Van Cross symbol, decided to make Tik Tok videos of him tattooing “hot dogs” onto a coworker.

Carney created a stencil and did some simple photo editing to make the tattoo look real. The prank was even embraced by well-known online news outlets.

The video has received nearly 10,000,000 views so far and thousands of comments.

“A lot of really funny messages,” said Hunter Walls, the “star” of the video, who happily sacrificed his time and forehead.

“People kind of worshipping me in a sense, where it’s like, ‘Woah, the hot dog man.’”

Walls said that even fans sent him fan artwork.

Carney says that more than 80 percent of comments were negative and directed at him.

“People telling me that I have no ethics, I shouldn’t be tattooing if I don’t have any respect for my clients,” said Carney. “(I) got mail saying I offended the whole Christian religion for putting hot dogs in a cross.”

Carney stated that he was surprised to receive such passionate reactions for such an innocent video.

“The hot dogs seemed to push society and especially tattoo artists over the edge,” said Carney. “I was kind of watching myself get cancelled in real time.”

Carney posted a second video to help clear the air and lighten the mood. However, it only received a fraction the views of the first.

Due to the incessant stream of notifications, stress and regret, he regretted posting the video.

However, he admitted that the post was good business. He said he’s received several requests for his new signature “hot dogs” design.

“It’s just hilarious and people want it,” said Carney with a laugh.

He said that no one has yet requested the tattoo to be placed on their forehead.