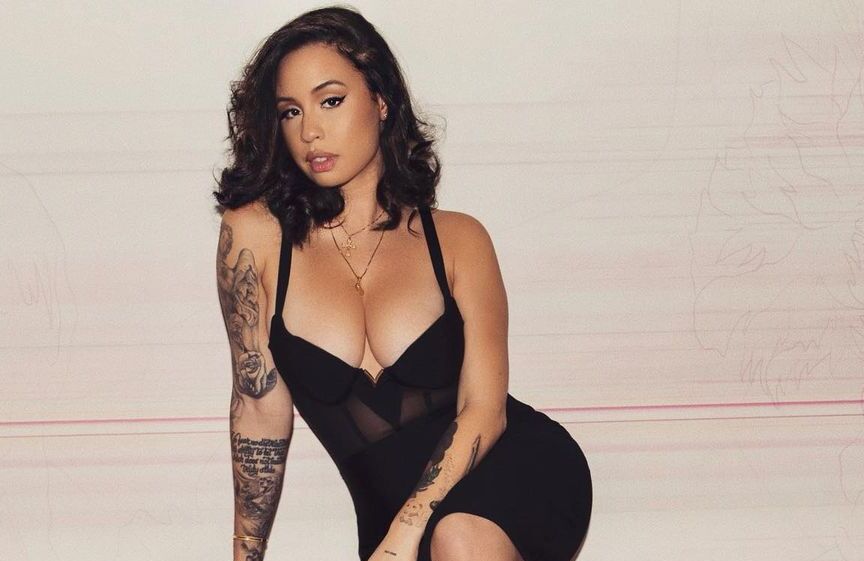 “I knew God had something bigger for me.”

That’s an understatement for Katrina “Kat Tat” Jackson judging by the last few years she’s had.

Between 2017 and now, the Chicago-raised tattoo artist and former co-star of Vh1’s hit show Black Ink Crew Chicago has become a mother, gotten engaged, opened her own tattoo shop and landed a production deal, with her own show leading the lineup of projects.

But she says none of this would’ve been possible had she not been willing to walk away from everything first.

“Being a part of Black Ink Chicago was a dream come true,” the 31-year-old said. “Everyone was super welcoming and so talented. I was really happy there for a while.”

She explained that her childhood love for art led her to become a tattoo artist. It was realized when she was offered a job at 9 Mag, a popular Chicago shop owned and operated by Ryan Henry. He is also the star of the reality show based on the lives of the shop’s artists. She said that after realizing college wasn’t for her, being a part of Henry’s team was a no-brainer.

“I dropped out of school my senior year when I realized that juggling tattooing on campus and my studies just weren’t going to work. I knew from the beginning what I wanted to do. When I began working at the shop, Ryan and Phor and everyone else were really like my brothers.”

When they were approached to be the stars of Vh1’s second installment of the Black Ink franchise, filming was a no-brainer for her. “It was such a great opportunity to highlight our beautiful city and all the talented people that live here,” she shared with Essence. “I really felt like it was a privilege to be there.”

As time passed and the show became more successful however, she realized there were things happening behind the scenes that weren’t in alignment with her vision for the show. “The production had a different idea for what would make Black Ink Crew: Chicago successful, and I realized I no longer wanted to be a part of the new direction they were taking it.”

After deep reflection, she said that she had decided to quit the show in 2017 and focus on her own brand, business, and business. “I’d always wanted my own, and I knew the only way to make that happen was to let go of what was holding me back.”

She has opened doors for others since then. Enigma Tattoo Beverly Hills. She is the first Black woman in the area to open a tattoo parlor, according to a statement by her team.

Her founder’s and growth journey will be documented in the latest installment of the Black Ink lineup, Black Ink Crew: Compton. Paramount also has her as an executive producer. according to Deadline. “I couldn’t feel more blessed and I’m excited to partner with Paramount as they continue to bolster a new generation of BIPOC and women creators,” said Jackson in a news release. “I’m thrilled to not only return to TV, but to also create and produce new, fun, fresh, compelling and impactful content across all platforms.”