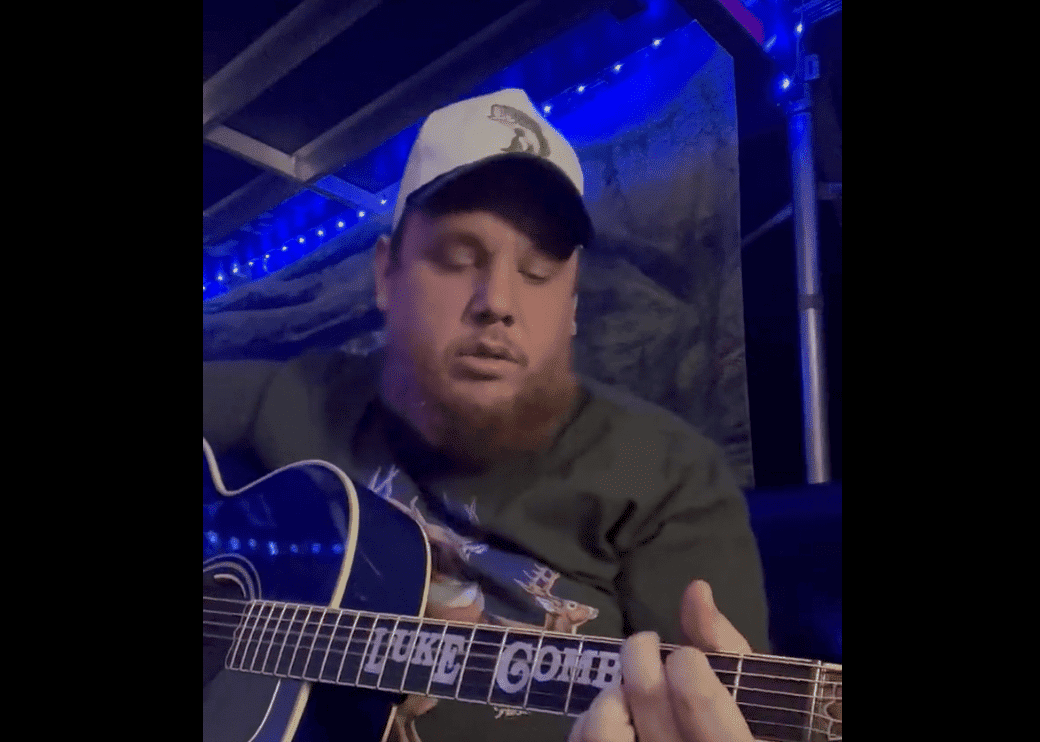 The man is never bored.

It’s only been a few months since Luke Combs Released his third killer album, Growing up But he’s already dropping new unreleased tunes on social media.

Luke hit us with a brand new acoustic song tonight called “Tattoo On a Sunburn.” And this one is a nostalgic look back at a lost summer love, with memories brought up by the permanent reminder on your arm that you drunkenly got during that summer fling:

“We spent the whole week out on that pier
She said, “Boy! I think I love You!”
I told you that I loved too
We ended up drinking at an old ink shop
She said, “Get your name!”
I said, “Hell, why not!”
She didn’t have to work too hard to talk me into
A tattoo on a sunburn”

What seemed like a good idea at that time turns out to be only a painful, fleeting reminder of what he experienced that summer.

“And every time that summer breeze blows in
I find myself lying right there.
The seat is made of jet black leather and has a kickback.
The hum, buzz, and sting of the needle fade.
However, some people don’t.
Losing you’s the only thing worse than
A tattoo on a sunburn”

It’s a tried and true theme along the lines of other summer love songs like Kenny Chesney’s “Anything But Mine,” Jason Aldean’s “A Little More Summertime,” and “Sand In My Boots” from Morgan Wallen, but this one stings a little more – literally and figuratively – thanks to the tattoo that’s always going to be there as a reminder of that lost love.

You can write this one down as a future hit.

April Jordan was a ‘doodle monster’ in school. She turned her passion for drawing into a career as a tattoo artist