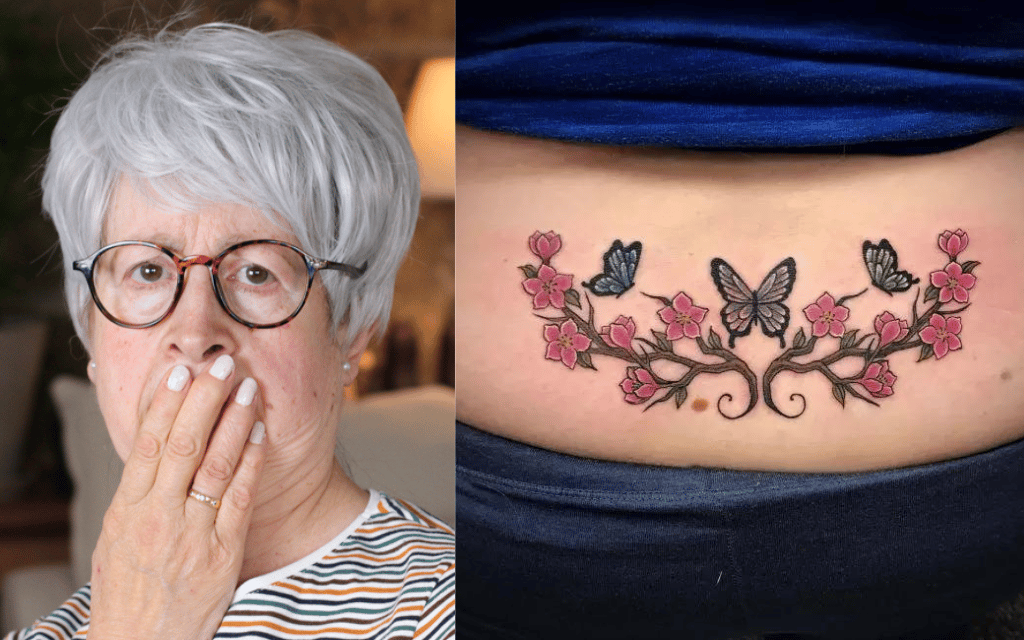 A local nana has been treated for shock today after accidentally copping a glimpse of a check-out chick’s lower back tattoo.

Nanna Abigail Anfold (82), was doing her fortnightly shopping at Betoota Food Nest when Kelly Krup (23) asked if any tobacco pouches had been crumpled that she could sell for a discount.

Krup found Nana Abi’s body on the floor after she searched through the lower tobacco drawer.

“She seemed fine at first,” stated Krup, who told us her prefered title was ‘check-out chick’ so don’t give us shit in the comments alright.

“She was going on about how she only smokes a pouch a month which she splits with her husband who smokes most of it anyway. Then she stopped talking and I heard this thud like someone had dropped a bunch of wet celery.”

Krup and her manager found Nana Abi in distress and dragged her out of the supermarket.

The paramedics did not make an official statement, but it is believed Nana Abi spent the whole ambulance ride ranting about Krup’s tattoo regrets when she grew up.

“I know everything these days is ‘f this’ and ‘s that’ but does a nice young lady like that really have to mark her body in such a way?” Nana Abi reportedly asked the paramedics.

“We had a word for women like that back in my day… The word still exists now to be clear but your grand daughters yell at you if you say it.”

Nana Abi told the paramedics about tattoos that were once only for sailors and Russian prisoners. They were quiet grateful that they now wear long sleeves for work.

“Doesn’t she know one day she is going to have wrinkles and lines and spots and flaps of skin and the rest of them. She might feel the same inside but it won’t stop her from looking in the mirror and seeing a stranger. From seeing a woman who went and got too old between blinks.”

“Does she really need a faded oriental symbol above her behind to remind her of who she once was? What happened to a card?”