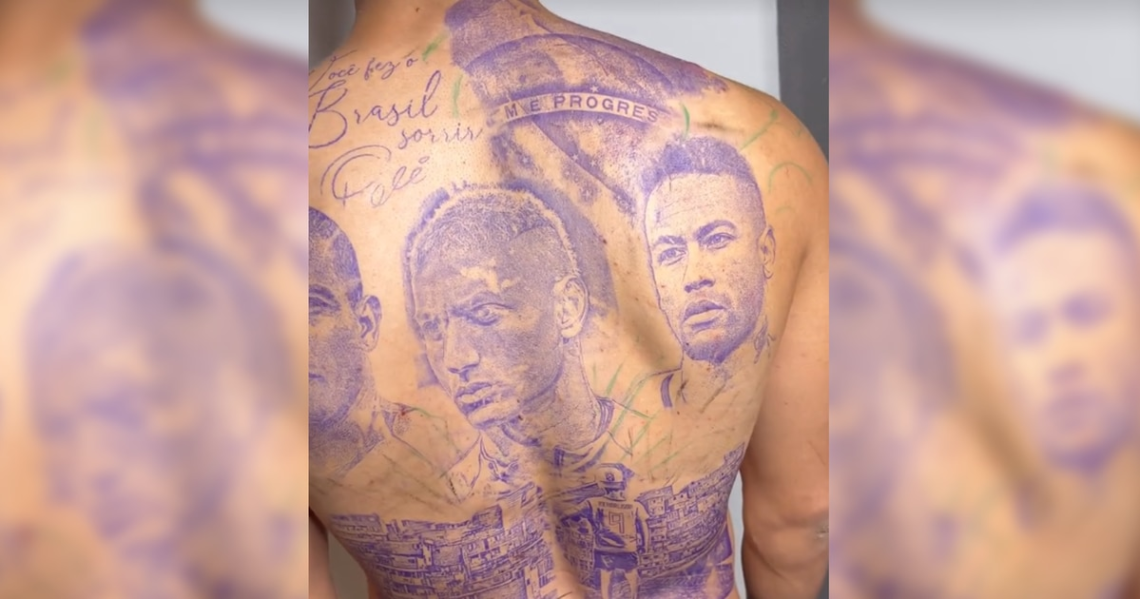 Brazilian football star Richarlison has unveiled a massive new back tattoo of himself, teammate Neymar and icon Ronaldo Nazário, just days after being knocked out of the FIFA World Cup.

A message is also included on the tattoo to another Portugese national legend, “You made Brazil smile,”

Below the three faces is inked a child with a Richarlison shirt and a football.

You can see a small section of the Brazlian flag in the upper right-hand corner of his back.

Tottenham Hotspur star, 25 years old, scored three goals at this World Cup – including one of the tournament contenders – before Brazil was eliminated following a shock loss to Croatia on penalties on Saturday.