Woman in this video is not Messi’s mother; She is the team cook Antonia Farías 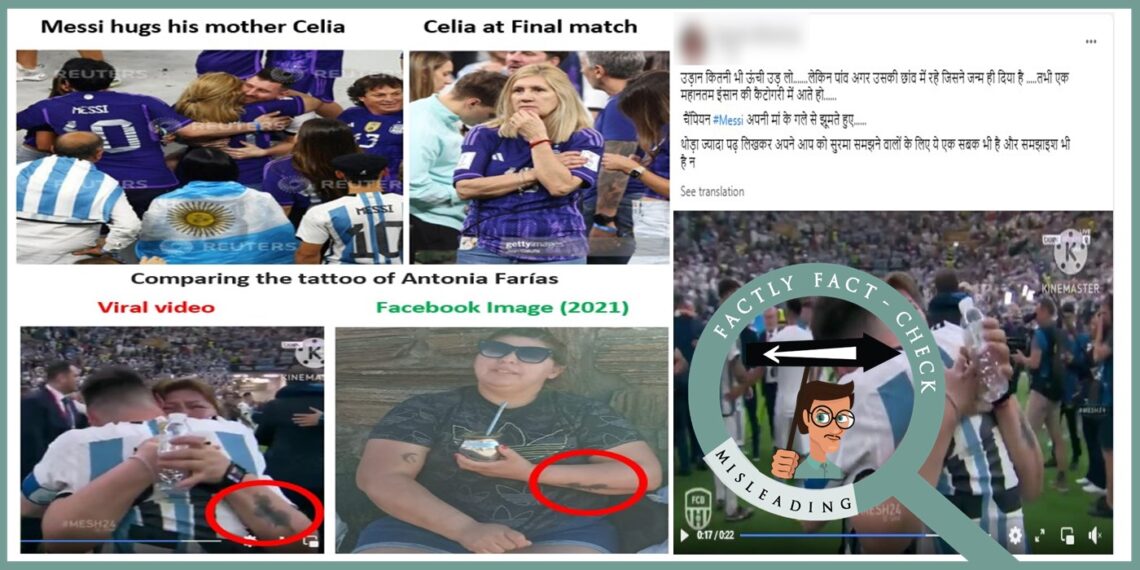 Following Argentina’s victory in final match of FIFA World Cup 2022, a video Widely shared photos of Lionel Messi hugging and kissing a woman are being circulated, claiming she is his mother. Let’s verify the claim made in the post.

Claim: Video of Messi hugging with his mother after winning the final match at FIFA World Cup 2022.

Fact: The woman in the viral video is not Messi’s mother Celia. She is Argentina National Football team cook Antonia Farías. Messi did however embrace his mother Celia after the victory. She is wearing a purple-colored Jersey. The claim in the post is therefore MISLEADING.

First, we compared the visuals of the woman in the viral video with images of Messi’s mother Celia María Cuccittini He discovered that the woman seen in the video was not his mother Celia. Next, we searched the internet using relevant keywords and found reports about Argentinian media websites Los Andes Clarin. They identified the woman as Antonia Farías, the cook for Argentina National Football team.

We then compared the visuals of Antonia Farías in viral video with that of her other social media images and confirmed that the woman in the viral video is team cook Antonia Farías. According to the media reportsSince 2010, she has been a part of the team and follows the team around.

She also shared Images of her celebrating with the Argentina team during the 2021 Copa America win.

Images are also available from Reuters Getty images show Messi’s mother Celia wearing a purple coloured Jersey during the match & at the celebrations. Her left forearm doesn’t have any tattoo.

Let’s just say that, even though Messi hugged his mother Celia after winning, the woman seen in the viral video isn’t his mother. She is Argentina team cook Antonia Farías.