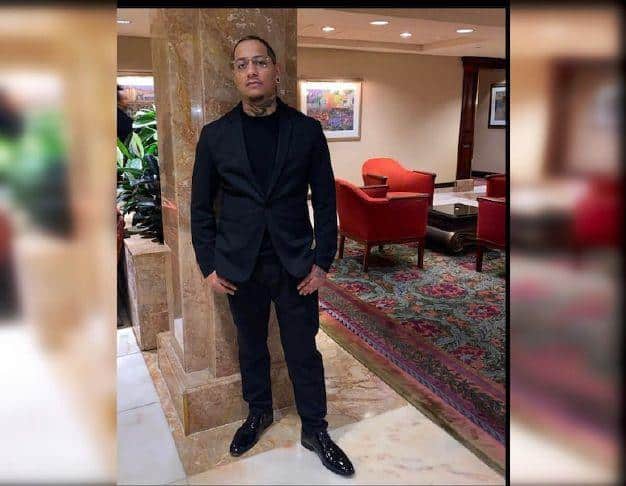 About nine years ago Jerard Greene, a tattoo artist from Brooklyn, helped a stranded group of friends figure out which train to take in New York City. Greene approached them as they were staring at the signs in a panicked state and asked for help. He asked them where they were going, and coincidentally they went in the exact same direction. They became friends on Facebook after they started talking on the train. It turned out Greene’s friends from Plattsburgh were his new friends.

He was introduced to a person who had a job that required him to travel. Greene offered him a tattoo. He encouraged Greene to visit Plattsburgh and tattoo some of his friends.

“Back then I wasn’t as good as I am now of course, but the people still loved the artwork,” Greene said. “And it kinda just became a thing.”

Greene has been visiting Plattsburgh regularly since that first visit. He has helped to grow his community in Plattsburgh by finding people he considers to be family.

Greene will now expand that tattoo family with the opening of Majorink Tattoo Studio in downtown Plattsburgh, beginning January.

Greene has always loved art and has been a tattoo artist 12 years.

For the most part, he worked in New York City. However, he has also traveled to California and Texas with his work.

He stated that even though he has been to many big cities, he chose to open a shop here because it is a smaller town where people are more likely to appreciate him. He sees a need to do his work.

He prides himself on his ability tattoo all skin tones.

“I’ve seen the cultural growth in Plattsburgh, which is great,” Greene said. “I come from New York City so I’m fluent with all cultures and understand people’s backgrounds and religions and different upbringings and food.”

Greene began tattooing at the age of 16 in a street-shop where people would come in and get tattoos in all styles. He learned to be a specialist in many styles rather than one. He can also cover up and refresh older tattoos.

Greene hopes that his customers will feel more than just a tattoo from his new shop. He enjoys getting to know people, and wants his studio to be a place where they feel comfortable.

“I’m excited to bring something new there and to bring a more modern take on tattoo shops,” Greene said.

He plans to eventually move to Plattsburgh as a full-time resident, but for now, Greene will spend months in Plattsburgh and occasionally travel back to the city to care for his clients.