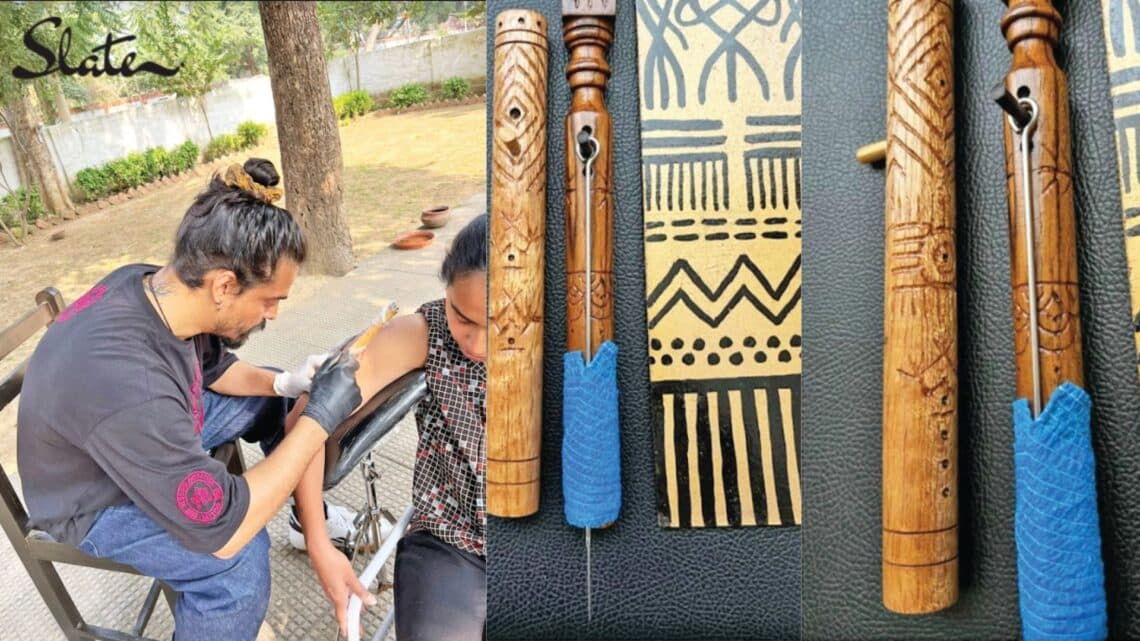 By Eleanor A. Sangma

In Odisha, there is a group of women who are called ‘people of the spirit world’. They are said to ink their skin with tattoos that mark their identity in the realms of the spirits.

Like many tribes around the globe, the Kutia Kondh tribe uses tattoos as a symbol of tribal culture.

A Delhi-based tattoo artist set out to revive this dying art and traveled across India looking for traditional knowledge.

Amit Arjel began his tattooing career in 2014, when he was just 14. “I had gone to a studio for my first tattoo in Delhi, my own design in hand. The tattoo artist there was quite impressed with my creation and eventually persuaded me to join the industry,” he recalled. 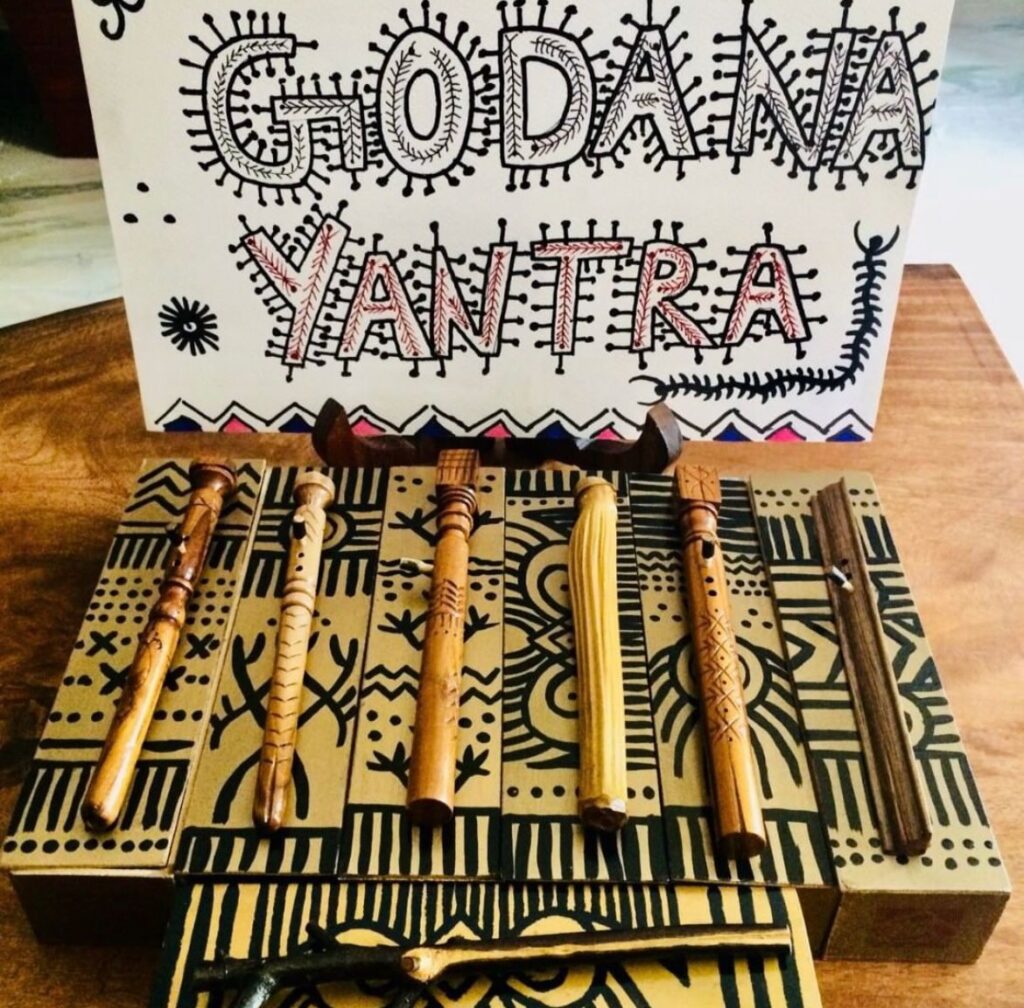 After a year of learning the basics of tattooing, he was able to perfect his lines and shade. After months of work on artificial skin, his first tattoo was completed by him. “This was so I could see how much pressure and pain I’m supposed to apply on my clients and to study the healing process. I observed the changes to my skin each day so I could explain the same to others.” 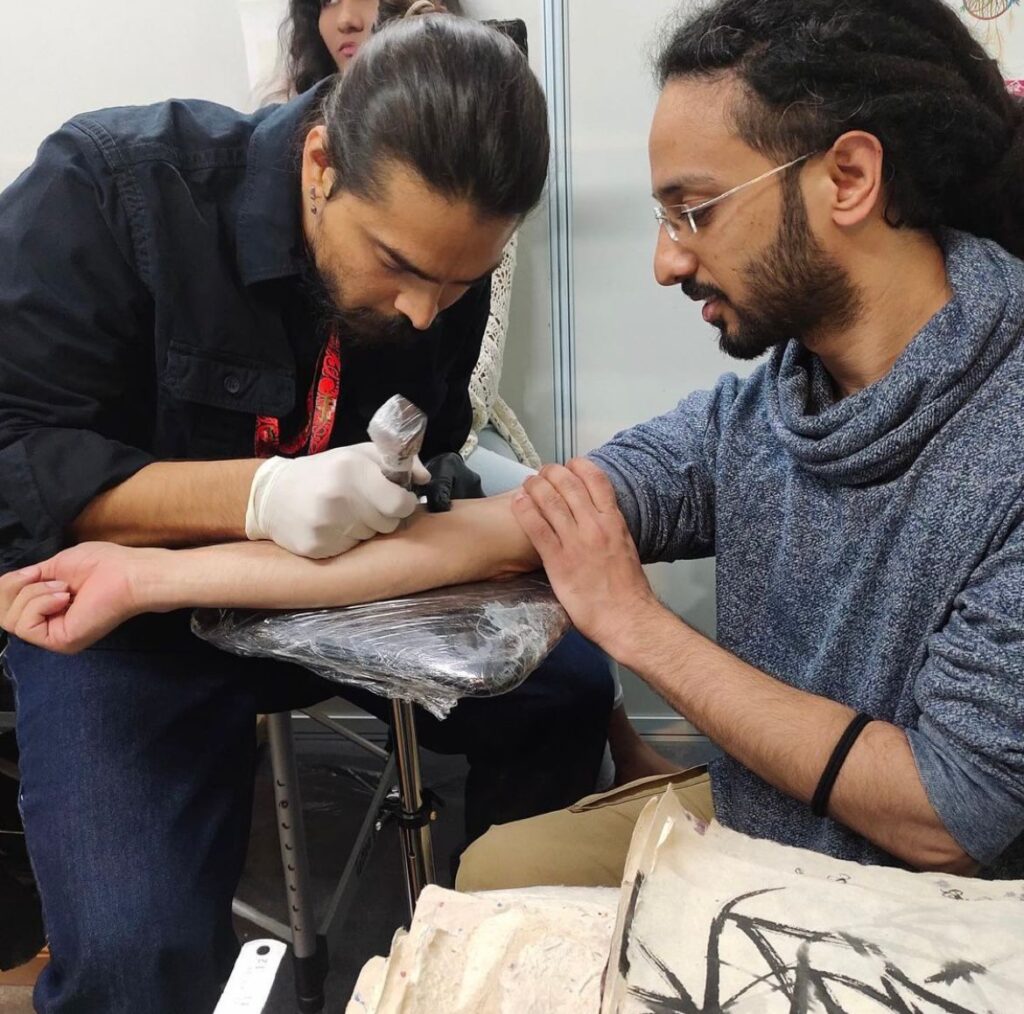 Routine was not meant to be used for everyone. For many years, the same tattoos had become monotonous. “I’ve always been into unique elements. I grew tired of making the same name tattoos over and over again with the same flowers. So, I started researching our Indian tribal cultures.” 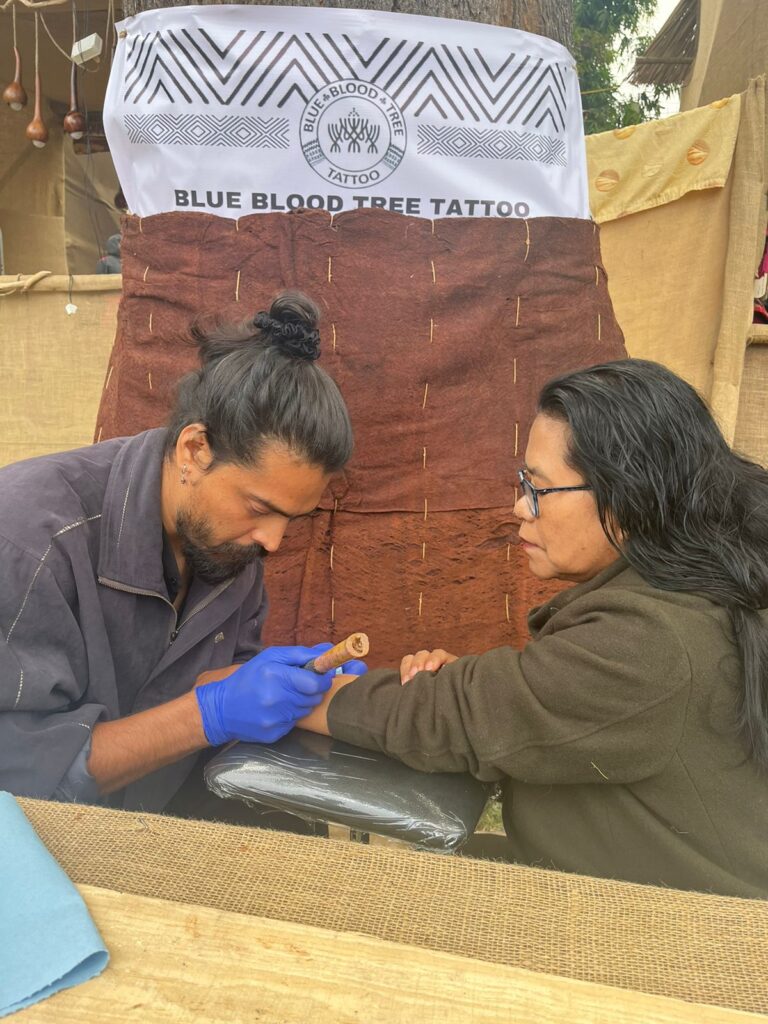 As he was researching, he found out that Baiga women are known for their intricate tattoos. He was fortunate to meet a tribal woman who did traditional hand-poked tattoos. He was very open-minded when he asked her to teach him. “It took me about a month to learn about motifs, the culture, and the technique of hand-poked tattoos. It sparked an interest in me regarding all aspects of the tribal tattoo culture – how they prepare their ink from natural resources and how they make their needles, among others. All aspects are unique and connected to nature, which is what drew me into the art form.” 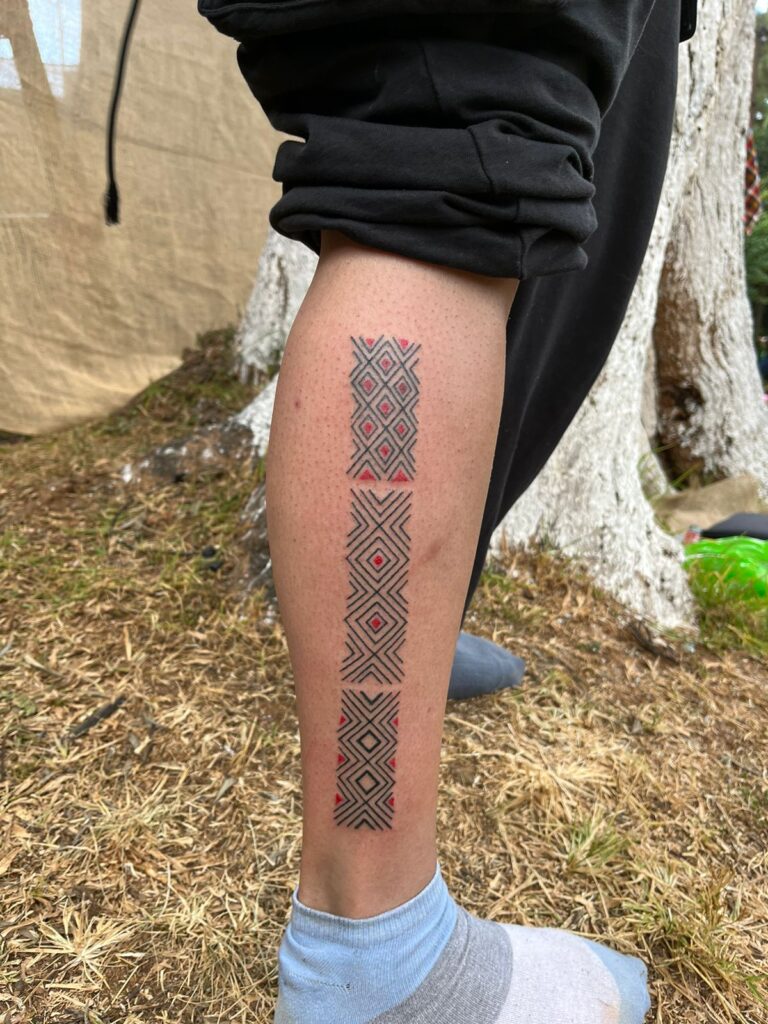 Arjel began a journey to protect cultural elements from the various Indian tribes.

For him, a tribal tattoo is a doorway to one’s culture. “If you get an Indian tribal tattoo, rather than just a marking on skin, you’re welcoming a whole culture with a tiny symbol. Suppose someone asks what your tattoo means… you tell them what it represents and then talk about your culture. That is how people get interested to learn and know more.”

Arjel spoke out about the taboo surrounding tattoos in small regions like Garo Hills. He pointed out that tattoos are less well-known among the older generations. Society is full of misperceptions. But, he is optimistic about the future of tribal tattoos within the region.

“Once they know how it represents their culture, past, present or future, they will be more open to it. You just have to tell them, ‘I got this because I feel connected with my tribe.’”

A.chik tribe does not have a tradition of tattooing – few have realised their traditional motifs can be used for the same.

People today desire to be connected to their roots and culture, which opens doors to exploration. This is new territory that has excited the people of the region.

Arjel recounted the experience of his first A.chik tribal tattoo a year ago. He was learning about traditional motifs from Daisy Momin (artisan) and shared his goals to tattoo these symbols and stories with her.

“While I was working on my sketches, she got excited and told me she wanted one tattooed on her. This is interesting to me because she belongs to a generation that has never been into such forms of expression,” he said.

After he finished with his tattoo, other people came through. It was like a chain reaction. He tattooed the same motif on 11-12 people. “Tattoo is the only medium I can use to tell stories,” he added.

His ultimate goal is to visit every Indian tribal community to learn about their culture, motifs and customs. “I can represent them through this form of art. If we look at Polynesian and Maori communities, we see their rich cultural motifs represented in tattoos. They keep records of everything, but we don’t. It is impossible for anyone to go and visit our tribes in order to document and archive everything. So, my motive is to officially record and preserve such knowledge.”

The artist admitted that he’s had his share of problems when researching tribal history due to the lack of sufficient information. He hopes to be a treasure trove for knowledge and assist others in preserving it through various forms of art.

Tattoos have been a way to express oneself, love, and care for thousands of years. Etched onto one’s skin, it is a reminder of who we are as individuals and as a community.

Arjel, despite language and cultural barriers has been traveling across India looking for stories. He said, “Cultural etiquettes are different for each tribe. To understand and respect their way, I always do my research before I visit them. Tribals are extremely giving, the only thing they ask in return is respect.”

He added, “If the younger generation respects the tribal art forms, through tattoos, textiles or any other forms, it is the only way we can save our tribes from becoming extinct. This is our responsibility. The ones who came before us have done what they could.”