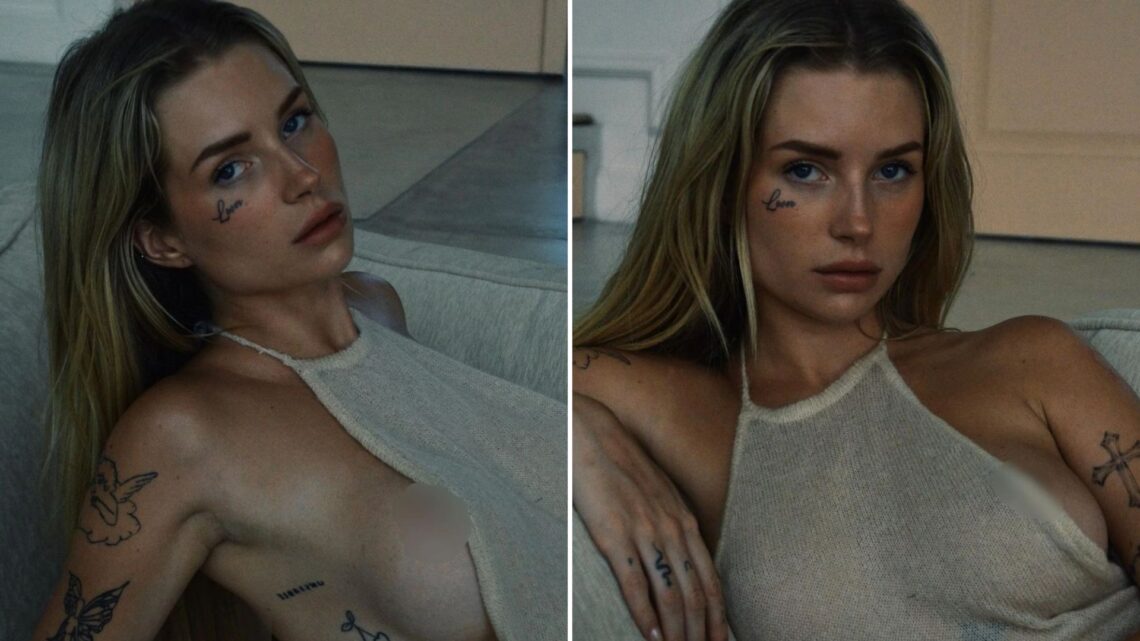 LOTTIE Moss put on an eye-popping display as she flashed her nipples in a see-through top.

The model, 24, sizzled for a series of smouldering and risqué snaps.

The younger sister of supermodel Kate Moss left little to the imagination as she exposed her side boob.

In the process, Lottie gave fans a cheeky glimpse of her cleavage in a daring halterneck crop top.

Lottie posed up a storm as she flashed the flesh while leaning back on a sofa.

Sharing the photos with fans, she wrote a cryptic caption which read: “Too good 4 u.” 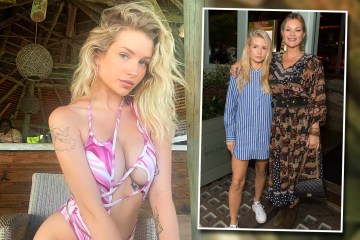 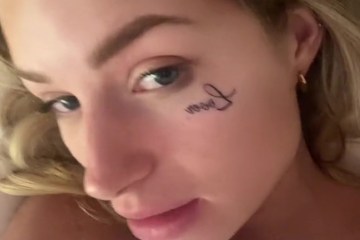 Her racy photos comes days after Lottie hit back at critics of her new face tattoo.

The OnlyFans model revealed she woke up with a hangover and a new inking on her FACE after a night of heavy boozing.

She showed off her new tattoo earlier this month that she went for after a night out in a drunken “mistake”.

However, now the star has defended her decision to get the inking, saying it represents her having “freedom”.

Speaking to Glamour UK, Lottie, who has recently faced rehab for substance abuse, said it was part of her “self-discovery”.

“Since rehab, I’ve been on a journey of self-discovery. I’ve spent a lot of time in Bali, surrounded by nature, reading alone or spending time with like-minded people,” she said.

“Learning to love myself again while finally being free from my former life. That’s why I decided to get my face tattoo.

“Yes, it was impulsive, but after years of being so controlled, it was my way of expressing I am free. I’m no longer controlled.”

It comes after Lottie took to TikTok to document herself getting the tattoo – which spells out “Lover” under her eye.

She said: “I don’t have a lot to say about last night really beside the fact this could have been without doing…

She went on to warn fans “don’t drink alcohol kids” as she hinted at initially feeling the tattoo was a “mistake”.

This year, Lottie confessed about her class A drug battle after taking herself to a treatment facility last month.

She wrote in her latest TikTok video: “When people ask why I’m in rehab,” before lip-syncing to someone saying:  “I have a really bad addiction to coke.”

Referring to drug use in the industry, Lottie previously reckoned: “I think I just thought it was normal and I was going to these events and parties and I was exhausted.

“A lot of the time I would be showing up to set and I didn’t want to do it, I’d be crying my eyes out and they said, ‘we’ll just get you some drugs, you can have a drink and then you’ll be fine’.

“It was very much like that, ‘oh you’ll do this shoot, whether you’re sober or not. It’s going to happen’.

“I was at an event in Rome and I was crying my eyes out in the hotel and I was putting makeup on over my tears, it was bad.

“They were just like, ‘you only have to be downstairs for an hour’.