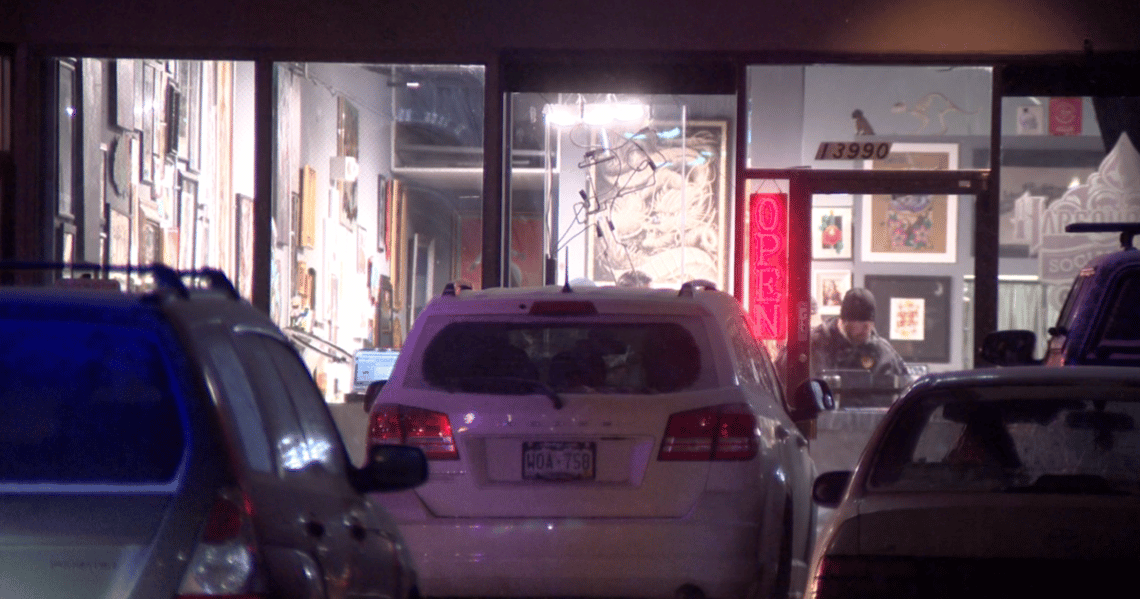 AURORA, Colo. — Police have identified a suspect in connection with a shooting that injured two people at a tattoo shop in Aurora.

According to the Aurora Police Department, the suspect was Norberto Flores (41). They are currently looking for him.

He stands 5’7″ and is about 200 lbs. According to police, he has a tattoo of “Ready to Die”, which is on his left cheek. He also has numerous tattoos on his arms and hands.

Flores was last seen in Lakewood, Colorado. Police said that he had connections to San Antonio and Miami. Anyone with information about his whereabouts should call 911. Police advised him to be treated as an armed man and not approach him. For information leading to his arrest, a reward of $2,000 has been offered.

Police arrived on the scene and found two people suffering from injuries that weren’t life-threatening. They were taken to the hospital.

Before police arrived, the suspect fled the scene. Officers began investigating the circumstances surrounding the shooting and who was involved.

Harbour Lights Social announced on Facebook the day following the shooting that two of its artists had been injured.

“We were lucky that both artists are okay, and wish them speedy recovery,” the shop shared on social media. Keep the shop in your thoughts and keep them in your prayers. The APD is doing an excellent job investigating.

Cody Schulze set up a GoFundMe page to support Gary Bradfield (one of the injured artists).

Schulze stated that Schulze’s friend was shot multiple times in the legs while working as a tattoo artist at the shop.

However, he is expected complete recovery.

Schulze stated, “Anyone who has ever met Gary knows that he is a man of great heart and is always willing to help anyone in need.” “We ask you to help us create a foundation to allow him to heal. We know that stress about income is something our friend does not need at this time and will do everything we can to stop it.

As he is unable to work until he has recovered, the funds will help him pay for medical expenses as well as income losses.

Another GoFundMe was created for Daniel Kim, the artist who was shot. He’s a father of two — soon to be three — and “performed the selfless act of protecting his friends and shop family without a second thought,” the GoFundMe reads.

While Kim is recovering, the funds will be used to support his family.