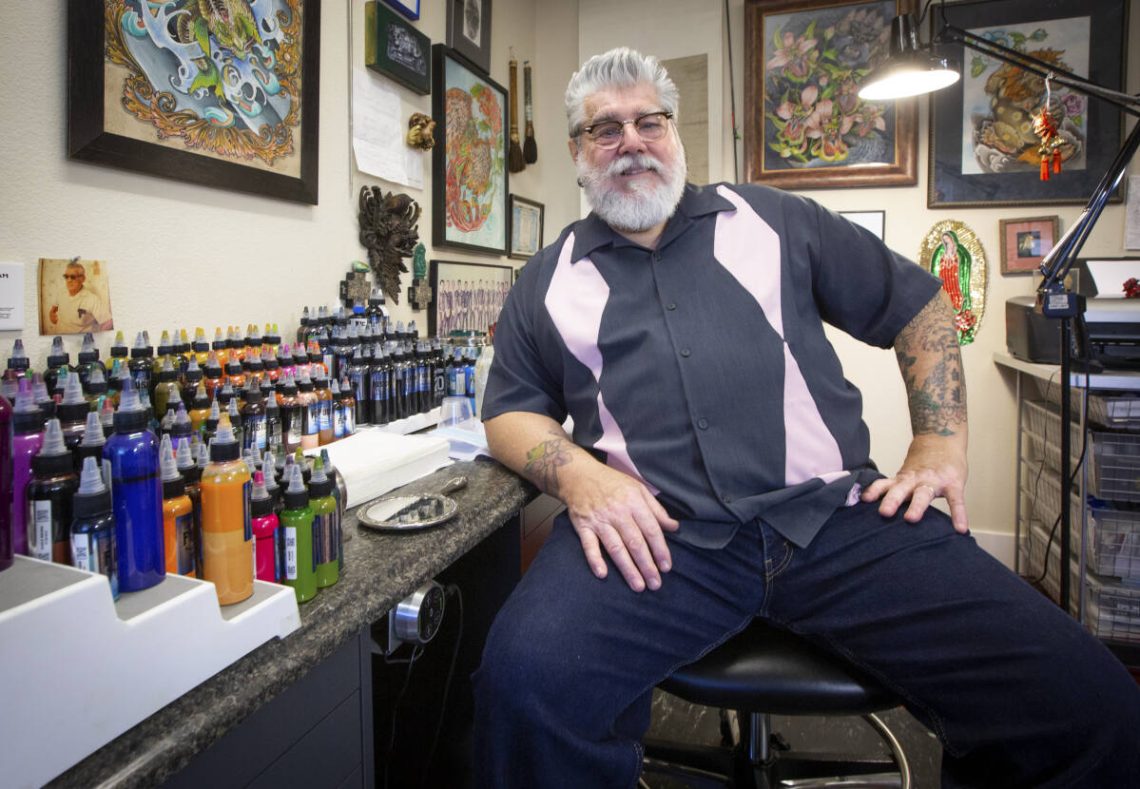 All the tarot cards have been packed up and all of the tattoo ink has been put away. Kristine Gorman and Shotsie Gorman are moving on.

The longtime proprietors of Tarot Art & Tattoo Gallery on Highway 12 are heading to Philadelphia, Pennsylvania, where they hope to join the rebirth of an art scene recentlyquieted by the pandemic and now in the nascent stages of a renaissance.

“It’s like a Phoenix in the art world there,” said Shotsie Gorman, in reference to the fabled bird that rises from its own ashes. “Opportunities are growing by the day.”

The Gormans’ nearly 15-year run in Sonoma Valley is nearing its end — they closed the gallery earlier this month and officially leave town May 14 — but the couple is excited about the future. Both spent their youth on the eastern seaboard — Shotsie is from New Jersey; Kristine spent her childhood in Wayne, Pennsylvania — and see it as a return to their roots.

Shotsie, a renowned artist on the tattoo circuit, said he’s already been approached about staging a solo show at the George School, a notable Quaker institution north of Philadelphia, as well as being feted at various tattoo conventions back east. Over the course of his 44-year career, he has tattooed members of the Talking Heads and the The Allman Brothers Band, and had his work featured on “The Howard Stern Show,” “Good Morning, America” and “Geraldo.”

Tattoo Flash magazine named him as one of the “50 most ingenious artists on the planet” in 2015.

The couple said there’s simply more of an acceptance for their avant garde talents in Philadelphia than there has been in Sonoma.

“A lot of cool things are going to happen for us out there,” added Kristine, 50.

The Gormans have run their gallery at 17977 Sonoma Highway since the early 2000s, with Shotsie earning a reputation as one of the region’s masters of tattoo art and Kristine emerging as one of the county’s most skilled tarot readers. Shotsie is a stressed, if not over-exaggerated. Kristine, one of the few radio tarot readers with her own show, also had an eight year run on KSVY.

The Gormans have fond memories of Sonoma, where they raised their 18-year-old son. But, it is bittersweet to see them leave. After many happy years in Sonoma and a change of heart after the 2017 fires, the Gormans felt the community was changing.

“We had a feeling there was a loss of a sense of community in Sonoma,” Shotsie said, citing longtime residents being priced out of the area, while out-of-town developers gobbled up tens of millions of dollars in local real estate.

As Kristine put it: “Now that new people run Sonoma, priorities are different.”

Rents are also subject to rent increases, they said. Despite the pandemic shuttering their gallery for nearly a year, they felt they had just “managed to survive” when the Omicron variant surged and kept clients away. During this time, rents continued their rapid rise.

“It’s become untenable to rent a space in Sonoma,” Shotsie said. “And that’s if you can even find any.”

The Gormans were forced out of their long-term lease and had difficulty finding a new home at an affordable price. “I’m not paying $3,500 for a rundown, two-bedroom apartment,” Shotsie vowed.

They are confident that Philadelphia will have a lower rent and accept their crafts.

“We scared everybody when we came here and that never entirely went away,” Shotsie conceded. “People looked like we had lobsters crawling out of our ears, they didn’t know what to do with us.”

He added bluntly: “We don’t fit into this delusion of Sonoma as a quaint wine country. The world of Teslas and Range Rovers, that’s what it’s become.”

Kristine described the move as “taking off on a big adventure.”

“I just feel like we’re headed to a ton of opportunity — there’s so much going on (back east),” she said. “It’s amazing that we’ve been here this long.

“Clearly, we have to be where the energy is.”