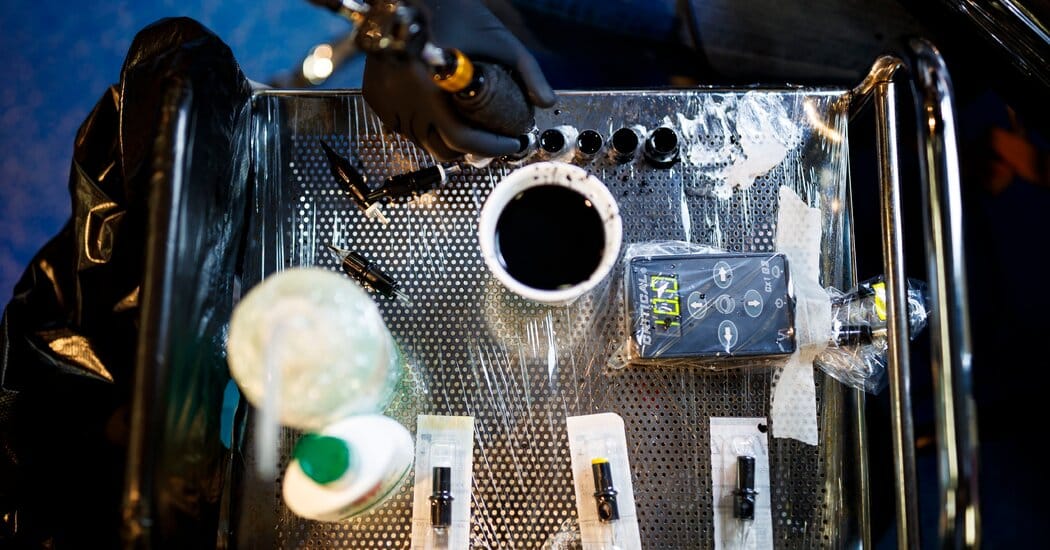 Last month, a 10-year-old boy walked into the nurse’s office of his elementary school in Highland, N.Y., and asked for some Vaseline. He wanted to rub it onto his new tattoo — a crude rendering of his name in large block letters on the inside of his forearm.

The boy had gotten the tattoo with his mother’s permission from a neighbor, according to local authorities. Some states don’t have a minimum age for tattoos, but New York prohibits anyone below 18 from getting tattooed without consent. Last month, both the tattoo artist, Austin Smith, 20, who was unlicensed, and the boy’s mother, Crystal Thomas, 33, were arrested, as pictures of the boy’s arm stirred outrage across local and international news sites and social media.

Yet as societal mores around tattooing shift — nearly half of all millennials have tattoos, compared with only 13 percent of the boomer generation, according to a 2015 survey by the Harris Poll — there is a wide spectrum of responses to tattoos on young people. There is no federal minimum tattoo age, and laws in each state vary. Some mirror New York’s strict over-18 rules. Some states allow tattoos with parental consent, even for those as young as 14. A few dozen states, including Vermont and West Virginia allow tattooing with parental approval. There is no minimum age.

It is a situation that Dr. Cora Bruener, a pediatrician and professor at the University of Washington Medical Center’s Seattle Children’s Hospital, and author of guidance on tattoos for pediatricians, issued by the American Academy of Pediatrics, finds troubling.

“It is a permanent mark or a symbol you are putting on your body, and I don’t think kids under 18 have that kind of agency to make a decision,” Dr. Bruener said. “We need to look at these laws again.”

The current environment means that New York’s episode was not isolated.

Marisa Kakoulas is a New York City lawyer who has written books about tattoos and consults artists on tattoo law. She noted that issues around minors and tattoos will likely draw more attention as tattoos become mainstream. According to the New York boy, he got his forearm tattoo from a friend who had one at the same location.

“It seems the gut reaction should be, ‘No, minors should not get tattoos,’ but minors Will get tattoos,” Ms. Kakoulas said. Some parents, she said, may not even know they are breaking the law in certain states when they give their consent to their children’s tattoos.

That was the case when Chuntera Napier’s 10-year-old son, Gaquan, came to her with what she felt was a poignant request: He wanted to get a tattooed memento of his older brother, Shuntraveious Malik, known as Malik. 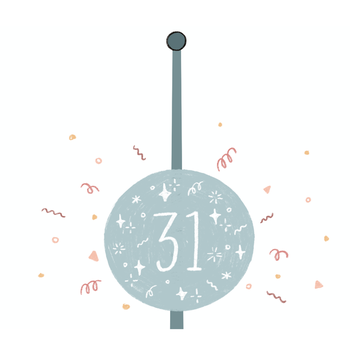 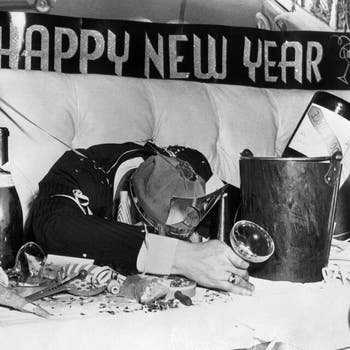 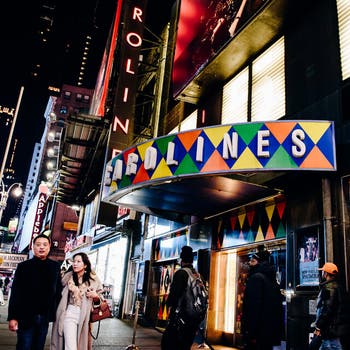 Malik (12 years old) was killed in a crash while playing basketball with Gaquan in Macon, Ga. According to his mother, the seventh grader was a great basketball player at Ballard Hudson Middle School.

Shortly after Malik’s death, Gaquan asked for the number 3 on his arm — the number from his brother’s basketball jersey. His mother agreed.

When teachers at Gaquan’s elementary school saw the tattoo, Ms. Napier was reported to the police — it is illegal in Georgia for anyone under 18 to receive a tattoo. Ms. Napier pleaded guilty to tattooing a minor and was sentenced to 12 months’ probation, according to court records.

Gaquan Napier is now 24 years old, and Ms. Napier still feels she did nothing wrong — rather, she believes it was unjust that her effort to honor her youngest son’s request, which she characterized as an effort help him heal emotionally, made her a criminal. (Mr. Napier didn’t respond to his mother’s request for comment.

“You can take your little girl and get her ears pierced, what is the difference in that?” said Ms. Napier, who bears a similar memorial to Malik on her own arm. “I didn’t make my child do a thing, that was his choice. That was beautiful that he thought of that.”

Lars Krutak is a tattoo anthropologist who works as a research associate at Santa Fe’s Museum of International Folk Art. He has studied tattoo culture in over 50 Indigenous tribes and 30 countries. According to Krutak, tattoos meant for children are used to mark life stages, and were also used as tribal identifiers. They were also believed to have therapeutic or medicinal purposes.

“Maybe decolonizing the Western thought concept of ‘age-appropriate’ tattoos could be enlightening,” Mr. Krutak said. “But I am not saying that children should be tattooed at 10 and 11 years old, because they still have a lot to learn about the world.”

In the Western world, laws specifically proscribing minors from getting tattoos spread in the middle of the 20th century — though broader child protection laws were used to prosecute the tattooing of children from the late 19th century onward, said Matt Lodder, a professor who specializes in tattoos at the School of Philosophy and Art History at the University of Essex in England. In his new book, “Painted People,” Dr. Lodder features a page from a 19th-century toy catalog where a tattoo machine is offered for sale among the toys.

Dr. Lodder stated that legislation restricting tattoos was prompted by unsanitary practices and moral propriety conceptions. “Even 100 years ago tattooists were having arguments about whether or not it was right to do.”

Ms. Thomas from Highland, N.Y. said her case was a mistake. She claimed she supports age limits, and that she mistakenly believed that her son was asking permission to have a temporary tattoo. “No little child should get tattooed,” she said. She was charged with endangering child welfare.

He was arrested in Lloyd Justice Court for dealing illegally with a child. This misdemeanor can lead to up to one year in prison. Mr. Smith, the tattooist, stated that he was deeply regretful about tattooing the 10-year old.

“It’s the worst mistake I’ve made in my life,” he said. “At the time, I thought if you got your parents’ permission, you could get a tattoo.”

As for Ms. Thomas’s son, today he feels differently about Mr. Smith’s agreeing to give him a tattoo. “He should have said no,” the boy said.