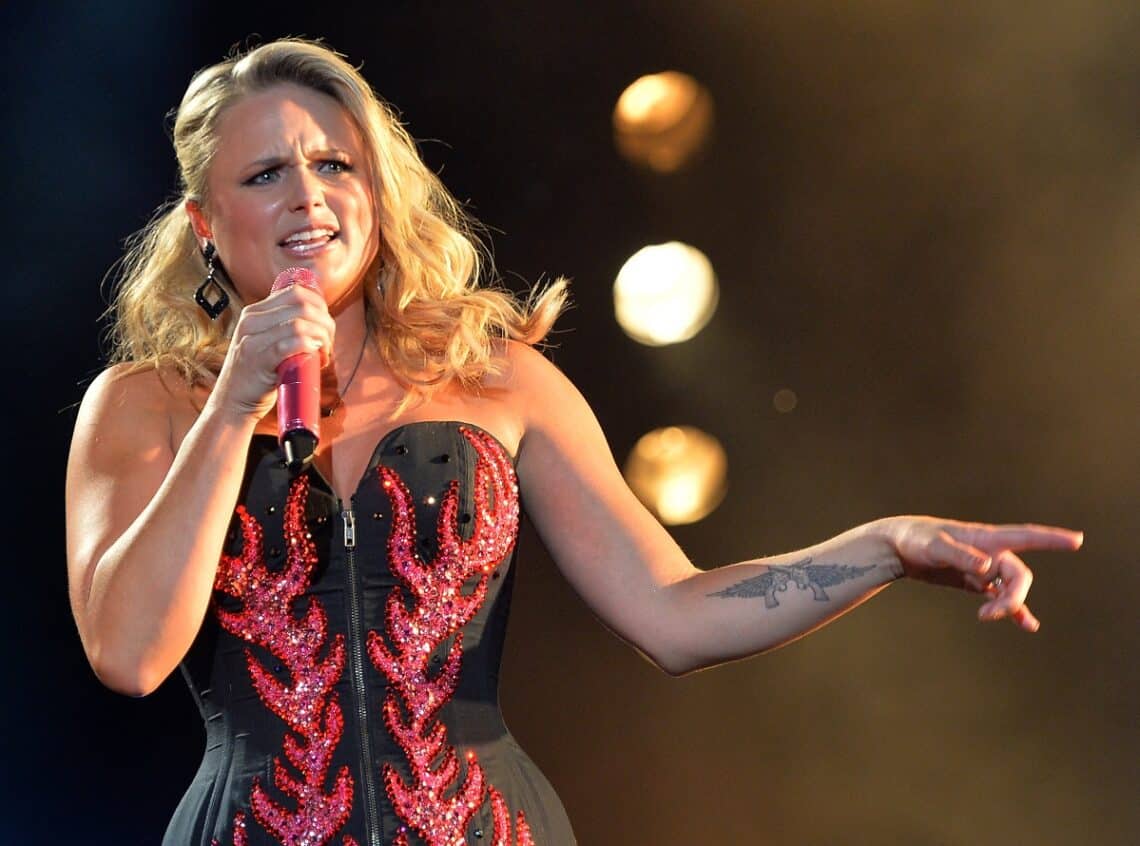 Lambert has prominent tattoos on both her forearms. Above is a tattoo showing two pistols with angel wings. Another arm features a Queen of Hearts and the letter “M.”

“It represents a lot of things in my life,” Lambert explained to People about her Queen of Hearts tattoo. “I was going from one phase of life to a new one and starting to take care of me and not worry about what was around me. It’s about making sure I know that I’m the queen of my own heart.”

Lambert also has smaller tattoos. She has the word “tumbleweed” on her right arm, an arrow on her right hand underneath her pinky finger, and a cross on her right wrist. Lambert has a music note on the right arm. This is a matching tattoo that she received in 2015 from Gwen Sebastian, RaeLynn.

On her left foot, Lambert has inked the word “wild” and a feather. She also has what appears to be MuttNation’s logo on her other foot. MuttNation helps animals in shelters find their forever homes.

Everyone has a George story, but @mirandalambert's is tough to beat! Create your own memory w/ The King in Vegas! https://t.co/jKMTdDoPPD pic.twitter.com/Gc1wwjrcZr