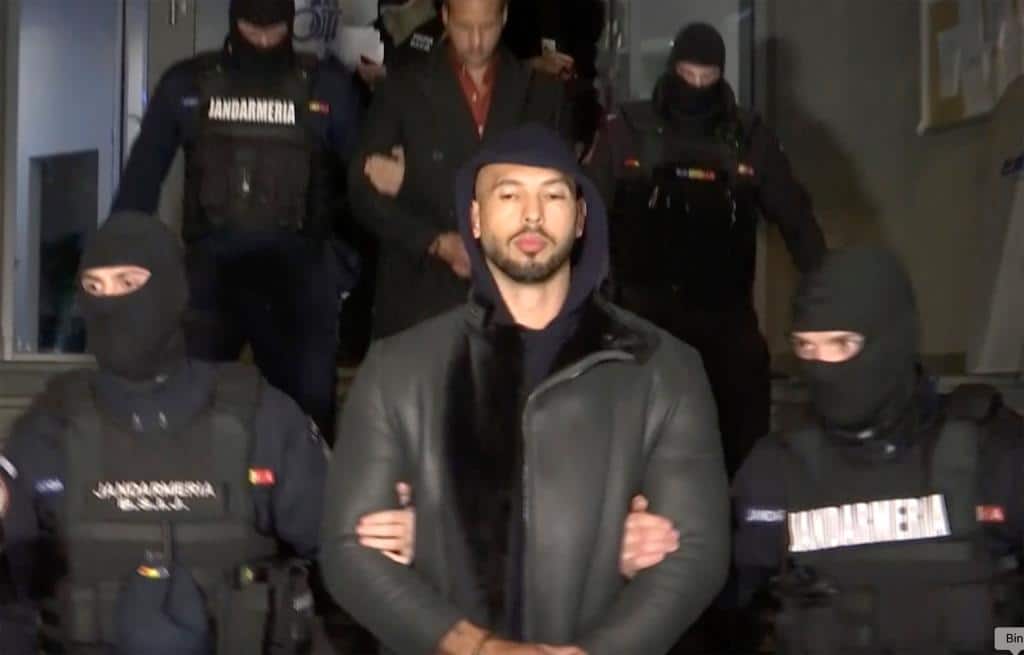 Women working for accused sex trafficker Andrew Tate were branded with permanent “owned by Tate” tattoos, according to a new report — as it emerged the influencer was actually booted from the UK edition of “Big Brother” in 2016 because he’d been under investigation for rape.

The troubling tats were seen in sex-cam videos as part of the jailed influencer’s operation in Romania, which investigators say was a sex-trafficking gang operation based on violence, police sources told The Times of London.

The inking was found on Romanian workers — and the 22-year-old American who accused Tate of raping her last year, sparking the initial investigation and raid in April, the UK paper said.

“It’s not about being property, it’s about she belongs to him, and the intimate parts of her body belong to him because they’re in a relationship,” Tate told Barstool Sports’ in July.

“And if she wants to sell those, he has a stake in those parts of her body,” he reckoned of girls on sex cam sites like OnlyFans.

One of Tate’s business partners, Sebastian Vieru, felt the inkings of Tate’s name were unremarkable, comparing it to women proudly having tattoos of their boyfriends’ names.

Tate posted a photo of Liv Magre, a model, that appeared to have his name inked on her back, but more recent photos seem to indicate otherwise. not a permanent tattoo.

Vieru also told the UK Times the allegations of his pal forcing women into sex had to be a lie because he was a ladies’ man who would often go to nightclubs with “20, 30 beautiful girls.” 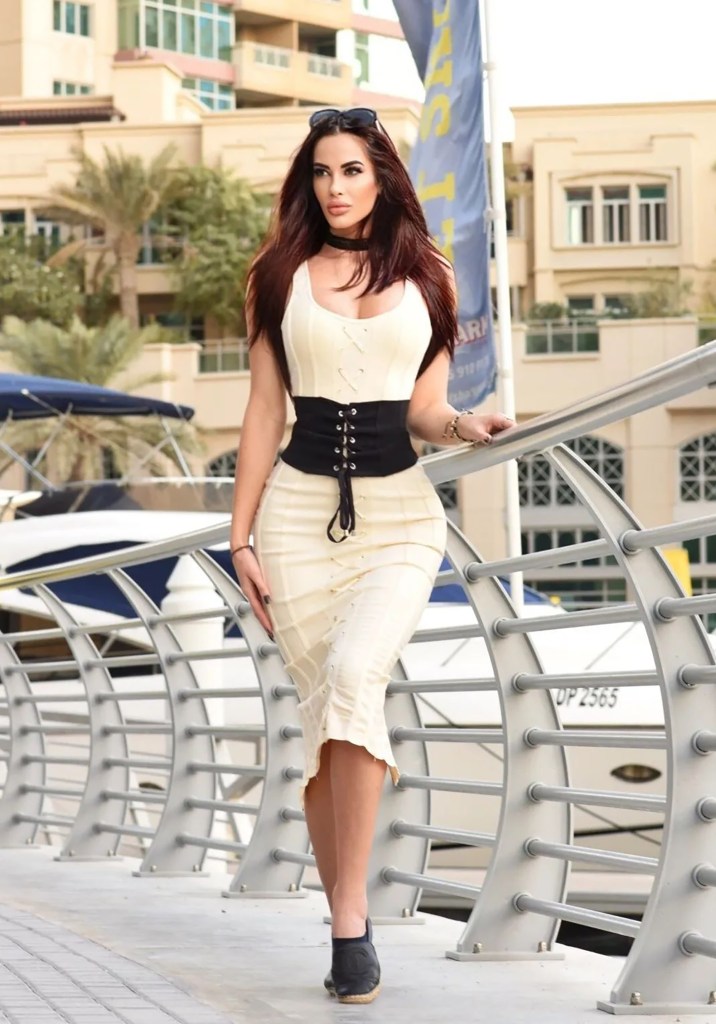 “When you have 100 girls of your own you do not have to force any woman to do anything,” he told the UK paper.

Tate’s now-shuttered sex cam operation had been a “perfectly legal business,” stated Vieru, whom The Times only said was Tate’s partner in “other businesses.”

Romanian police, however, busted Tate, 36, his brother, Tristan, 34, and two “Tate’s Angels” — one of his girlfriends, Georgiana Naghel, an ex-cop named as Luana Radu in reports— accusing them of sex trafficking.

Prosecutors said the four “appear to have created an organized crime group with the purpose of recruiting, housing and exploiting women by forcing them to create pornographic content” that “gained important sums of money.”

Tate’s lawyer, Eugen Vidineac, said that they all “deny the allegations, and they want to cooperate with the prosecutors and to declare their innocence.”

He added: “They deny any exploitation of women.”

Tate had moved his operation to Romania in 2017 — while he was still being investigated for a 2015 rape in the UK, according to an investigation by Vice News. Tate repeatedly denied that he was involved in the case. The case was dismissed without any charges in 2019. 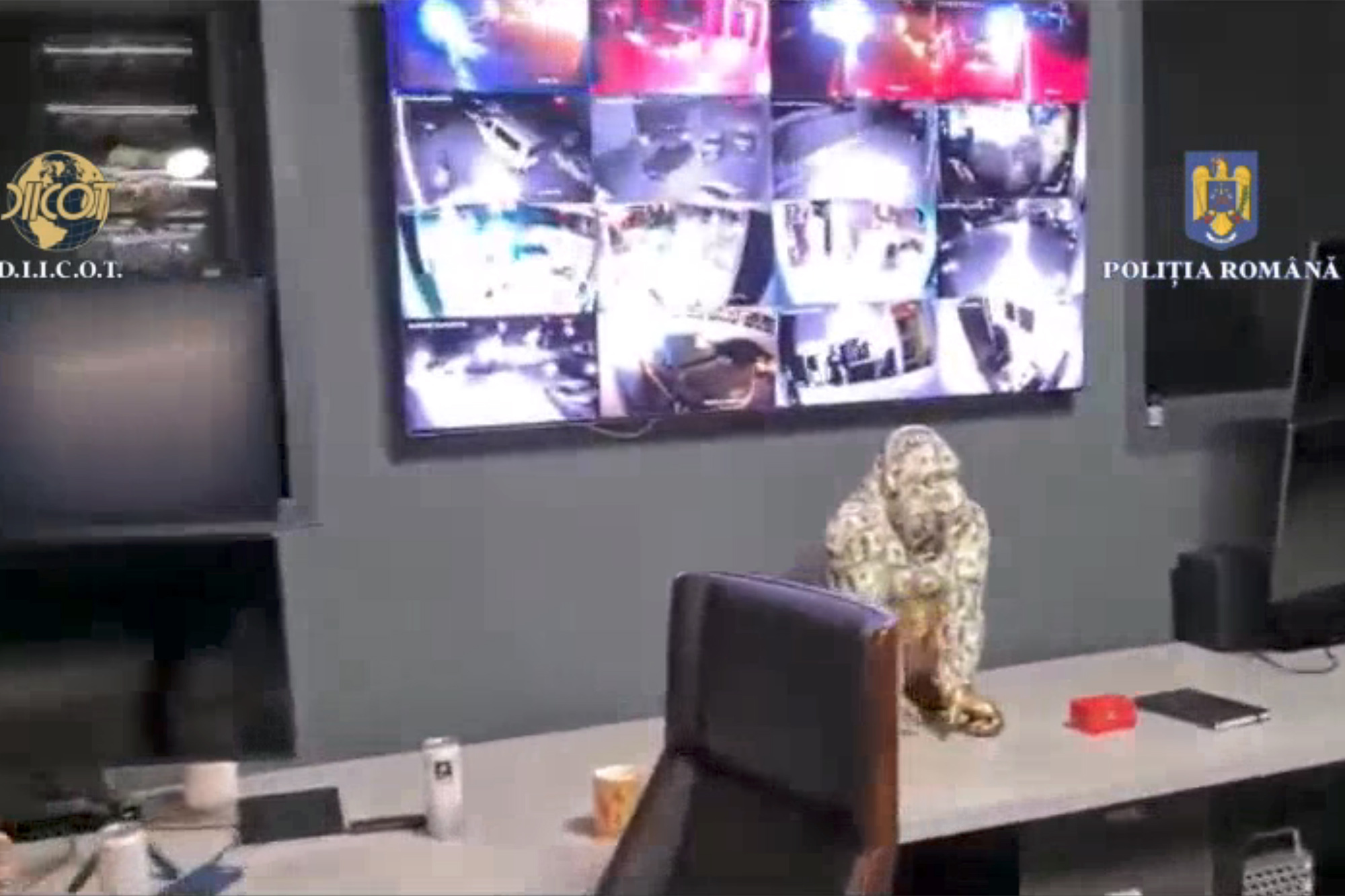 However, that yearslong investigation was also the real reason that the so-called self-help guru had been kicked off the UK version of the reality TV show “Big Brother” in 2016, the show’s production company conceded to the outlet.

Days after Tate first appeared on the show, Hertfordshire Police alerted the show’s producers to the ongoing investigation into sexual and physical abuse allegations made by at least two UK cam girls.

It was only then the police “started to take things seriously because they were like, ‘he’s on TV, we need to get him out’,” said one of the UK accusers, using the pseudonym “Sally.”

The show’s production company told Vice it “began a process of extensive consultation” during which Tate was “closely monitored at all times” as he appeared in hot tubs and kissed other contestants.

When Tate was booted seven days in, the show said it was because of “information which came to light” — which until now was wrongly assumed to be a video of him whipping a sex partner.

Sally told Vice that she went to police after suffering repeated violence at Tate’s hands, alleging that he punched her on her first day of working as a 20-year-old sex-cam girl — then strangled her at least 5 times.

She also said she witnessed him strangling other women on at least 10 occasions, as well as raping another girl, who also spoke under the pseudonym “Helen.”

Sally alleged that Tate threatened to “beat the s–t” out of her if she went to the police, which she and Helen did.

However, the case was resolved four years later in July 2019, and no charges were filed.

“In this case, we carefully reviewed all the evidence provided by the police regarding each complainant and concluded it did not meet our legal test, and there was no realistic prospect of a conviction,” the UK’s Crown Prosecution Service told Vice.

Tate categorically denied the women’s allegations in a message from jail sent through his lawyer.

”They wanted money because I fired them,” Tate told Vice. 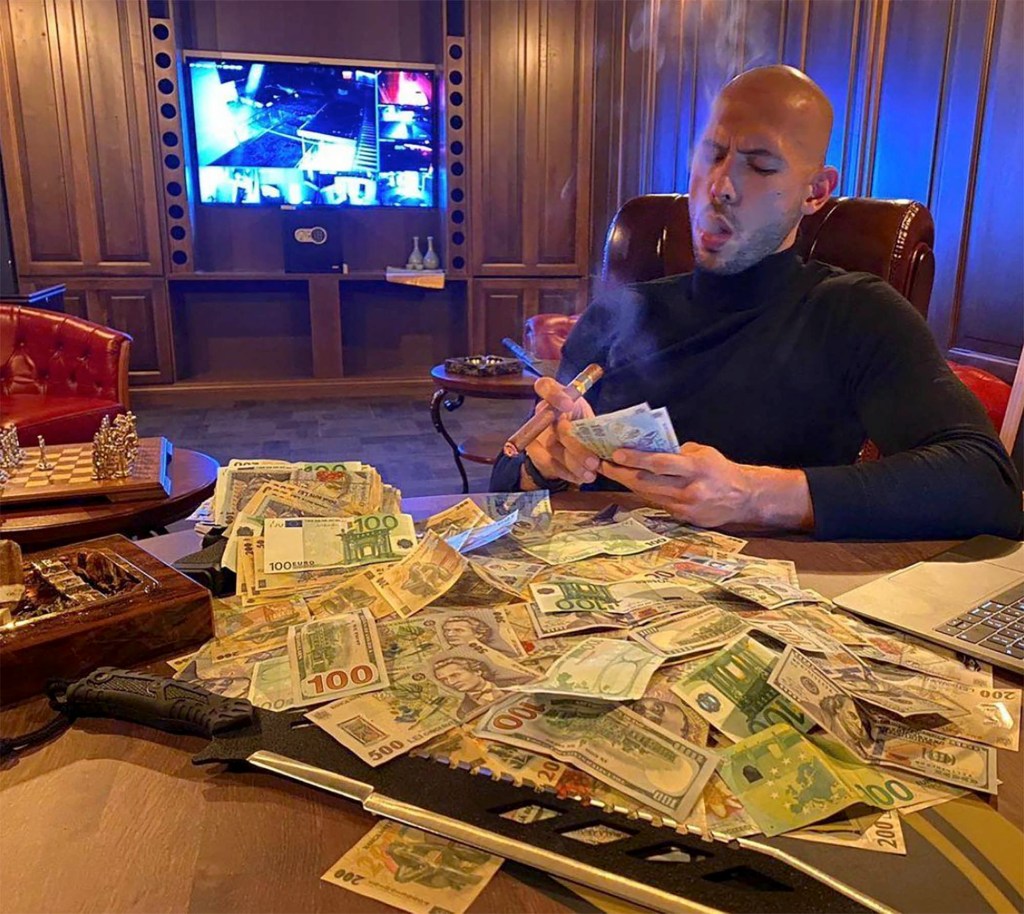 Tate denied the 2015 allegations, insisting that it was a shakedown for his wealth.Andrew Tate

“The police understood after the investigation that I am innocent and the police found messages from the girls’ phones where they were talking between themselves and planning to lie about me,” he said.

Helen and Sally claimed he was referring about their discussions over whether or not to report him the police. Prosecutors would only say “there were a number of evidential issues that led us to conclude our legal test was not met.”

Before the investigation was closed, Tate had moved to Romania — saying in one since-deleted video that “probably 40% of the reason” he moved there is it would be easier to evade rape charges, the Guardian has said.

“I’m not a rapist, but I like the idea of just being able to do what I want. I like being free,” he reportedly said.