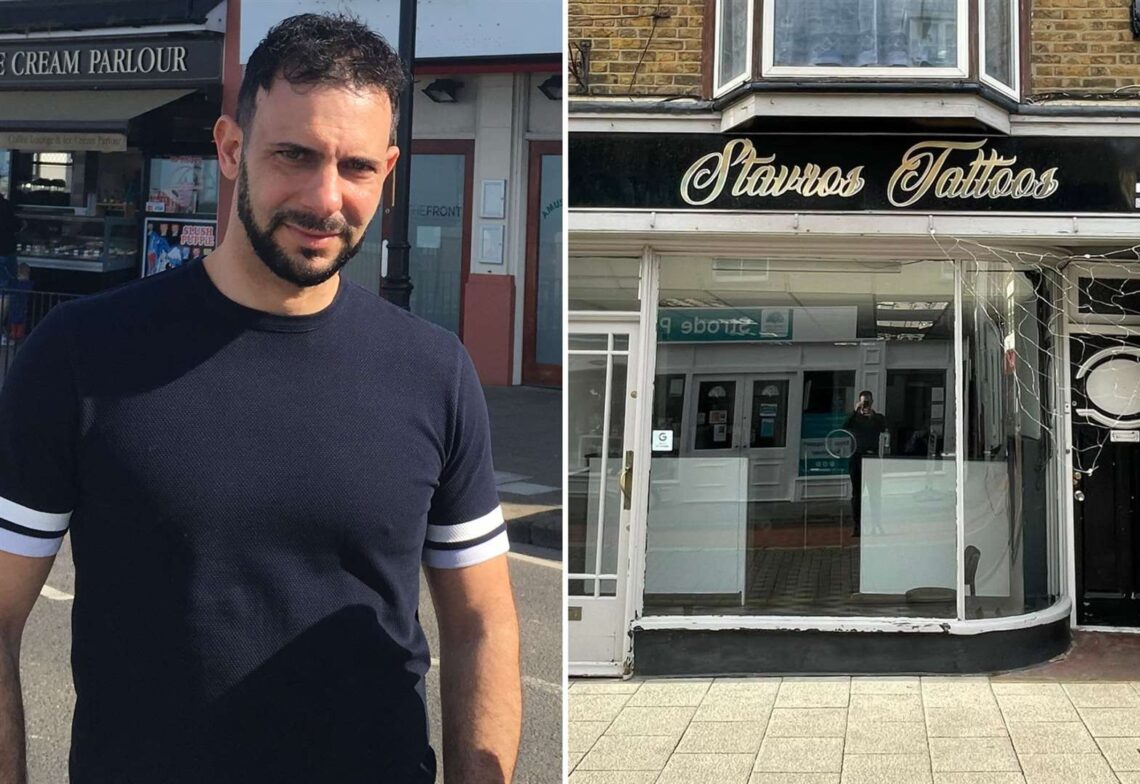 The business owner speaks out Herne Bay This is a rising trend amid high interest from firms to move into his shop following the closure of a tattoo studio.

Nejmi has been looking for a replacement since December, when Stavros Tattoos’ previous tenants left.

Mr Hassan, who is also the boss of popular ice cream parlour Makcari’s, says he has been left “surprised” by the level of interest as possible businesses look to fill the gap.

He told KentOnline: “The level of interest has genuinely taken me by surprise.

“It’s really great to see that in these hard times, the town is still attracting interest from business owners and entrepreneurs.

Dave Stavros (who runs Stavros Tattoos) has also explained why he had left Herne Bay.

“It comes down to the cost of living crisis, so we’re choosing to downsize to a location closer to my home to help battle that,” said the tattoo artist.

“It was either stay in Herne Bay and have to raise prices for customers, which could cost us business, or move to Ashford Start over there.

“I’m so lucky to have such loyal customers, so I don’t want to alienate them by raising prices when times are hard for everyone.

“Tattoos are a luxury item, it’s so important to stay competitive and we’re really excited for our future in Ashford.”

“There’s no hard feelings at all, I want to look after my tenants’ best interests and this clearly was the best choice for him,” he said.

“I will miss having him here and wish him all the best over in Ashford.

“Now it’s time to move forward, and fill the gap left with something that Herne Bay can really get behind.”

When asked who could possibly move in and when, Mr Hassan stressed the importance to find the right tenant.

He said: “For me, I don’t want to just fill the building with anyone. It must be the right person and business.

“I’d love to see a start-up business come in and make this their first home or open it up myself and hire spaces out to companies.

“It’s not all about the money, there’s been loads of interest and so many different ideas are being suggested.”

“It really feels like a town that’s on the up…”

Concerning the situation in Herne Bay overall, Mr Hassan said it was encouraging to observe the seaside resort holding its ground against Tankerton and Whitstable.

“We really are competing with the more popular seaside towns and in my opinion that will only get better,” said the businessman.

“When we started to invest in Herne Bay 20 years ago, it wasn’t so much the place to be.

“There’s been a real transition over the years, and we’ve had money come into the town that wasn’t here 15 or so years ago.

“It really feels like a town that’s on the up.”

Herne Bay is poised to undergo a period in which other entrepreneurs are looking to make their mark.

A La Turka boss Mehmet Dari previously shared his vision of a seafront rooftop restaurant in Central ParadeThe former Le Petit Poisson was replaced by the current one.

He hopes to open the restaurant in the early part of next year. residents petitioned to support the businessman His A La Turka business.

Along with this, the £250k pedestrianisation of Herne Bay’s seafront could take shape this year as the town waits on Kent County Council’s verdict on the scheme.

Plans would see the introduction of a series of one way systems to the town. A seafront stretch of road that runs between Pier Avenue to Station road would also be closed to traffic.

Last year, the scheme was controversial and caused controversy in the town.