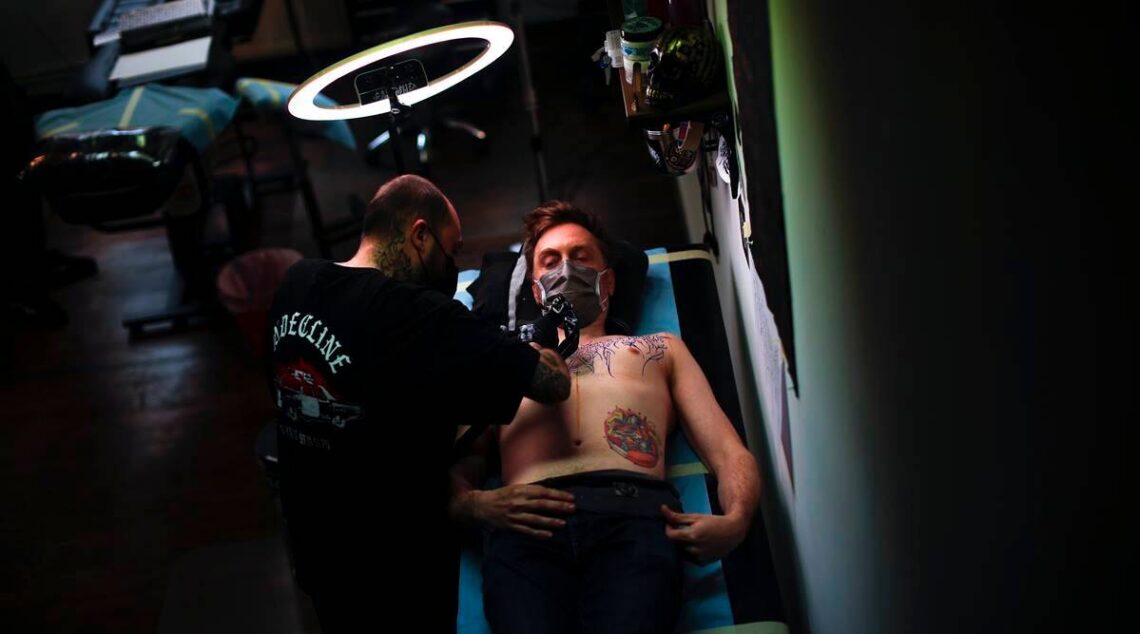 Tattoo The European Union’s Wednesday ban on thousands of chemicals from coloring ink will cause parlors to fear their art will become duller. The 27-nation bloc says that tighter restrictions on ink components that can cause allergies or cancer are better for the public’s health.

There have been a lot of accusations and complaints about the impasse between regulation and freedom to express artistic ideas.

In Amsterdam, Tycho Veldhoen has plied his trade for a quarter century and fears an “enormous impact” on his work once certain colors are banned. “Because, like a painter, you suddenly lose a gigantic part of your palette” with no alternatives in sight.

He also warned that things could get worse next time when inks used in tattoo shops could be prohibited. Since COVID-19, tattoo shops across the 27-nation bloc were subject to restrictions and lockdowns for two years. They claim that they are now facing an even worse crisis, which could have been avoided.

“It is all rather sudden,” Veldhoen said. “There should have been a lot more preparation.” The EU disagrees. The bloc says the consultation process began in 2016 while the official regulation heralding Wednesday’s start of restrictions dates back to Dec. 14, 2020.

“So this is not something which is either a surprise or a complete novelty. It is a sort of generalization of practice which is already existing in quite a few member states,” said EU spokesman Eric Mamer. Seven EU nations already have restrictions at the national level.

The Commission says alternatives to the banned products do exist but tattoo parlors say they’re too slow to make their way from the manufacturers to their shops.

Angelo Bedani of Brussels’ Boucherie Moderne tattoo parlor said he had nothing to prepare with since the new inks had only become available a week ago. On top of that “a bottle costs double compared to the one we have today.”

EU figures show that tattoos are a common feature in Europe, with at least 12 percent having them, and twice as many in the 18-35 group. Accordingly to EU figures strict health guidelines were required. 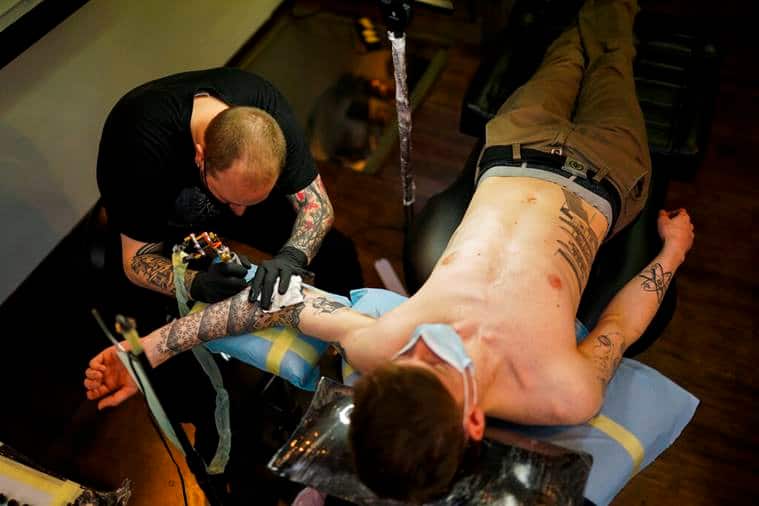 As of Wednesday, January 5, 2022, the European Union has placed restrictions on tattoo artists’ access to inks. (AP Photo/Francisco Seco, File)

The EU’s chemical agency ECHA says that allergic and inflammatory skin reactions “are expected to decrease thanks to the restriction.” It adds that “more serious effects such as cancer, harm to our DNA or the reproductive system potentially originating from chemicals used in the inks could also decrease.”

Michl Dirks, who is behind a “Save the Pigments” petition which has already collected 176,000 signatures in the EU objects to such conditional phrasing and insists the ban is not sufficiently backed by science, something which the EU disputes.

Co-organizer of this petition Erich Maehnert said that such bans will unduly harm the industry because people will use illegal means to obtain the products from other countries.

“They continue to obtain their tattooing products without any checks and without the possibility of tracing them,” he said. Others argue that small tattoos are easy to target, while tobacco and alcohol hold more influence.

The petition couple is already gearing up for the next battle. The grace period for the pigments Blue 15 & Green 7 is still available until next year, as no other options are available.

Veldhoen stated that it leaves him with few options when a customer walks into his Amsterdam shop. “A rose with brown leaves is a lot less attractive than a rose with green leaves,” he said.

Kelsea Ballerini Reveals She Got a New Baby Tattoo: Don’t Want My Mom to Kill Me