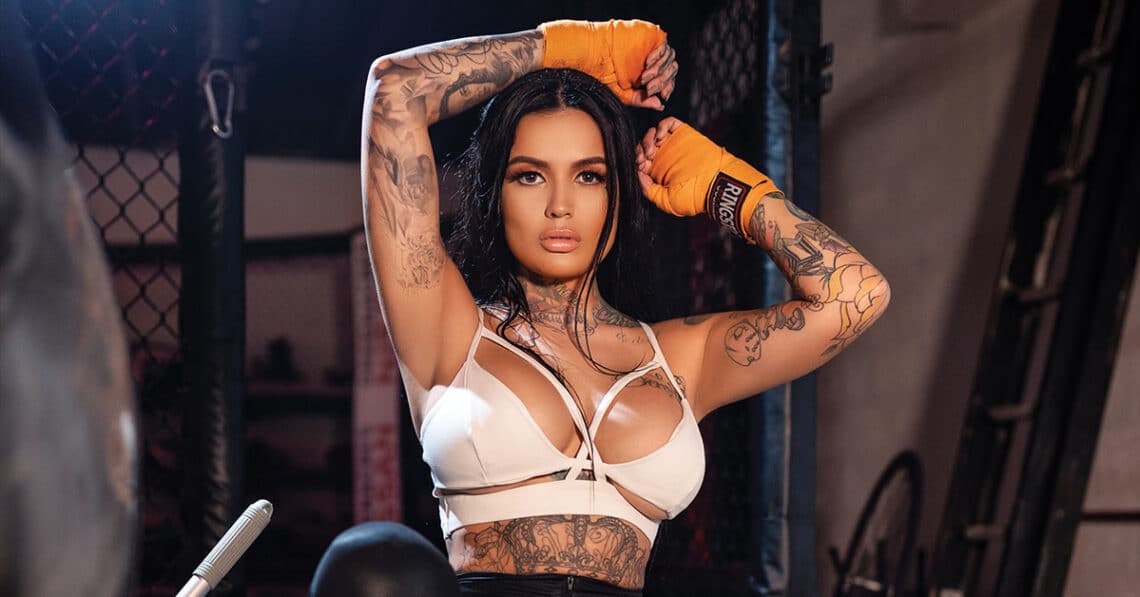 A little over eight years ago, Katherine ‘Tatu Baby’ Flores sashayed onto our television screens as a contestant and eventual finalist on “Ink Master.” In doing so, she helped to open doors for thousands of women pursuing careers in tattooing. “When I first started tattooing, so many people told me no,” Flores says, “that I couldn’t do it because I’m a girl and I’m Hispanic. When I first started tattooing, there were clients who wouldn’t even talk to me about what they wanted to get tattooed because they didn’t feel that I would do a good job. I have learned from all those no’s and closed doors. And all of the artists now who just do their thing, I say good for them because they didn’t let anyone tell them no either.”

Flores learned early on in her career that she would need to work twice as hard to make it, but that didn’t stop her from going for her dream. After doing her first tattoo at 14 and taking it up as a hobby, she decided she was going to be the best tattooer she could be—by any means necessary. “When I first started tattooing, it was more like a secret club,” Flores explains. “It was so much harder to get an apprenticeship and a license to tattoo. I went to a couple of spots to try to find an apprenticeship, but I couldn’t get one, so I kept practicing on my friends until I got better and made a name for myself.”
Flores originally planned to go to college to study computer animation. However, she returned to tattooing. Flores quickly fell in love with the challenges that came with becoming a professional tattoo artist. Flores worked hard over the next few decades to create her own brand and be a well-known tattoo artist in Miami. “Since I didn’t have an apprenticeship or anyone teaching me, I just knew I had to work twice as hard if I wanted to grow and be better,” Flores says. “Because I didn’t have a mentor, I figured that if I worked hard and practiced, it would come to me.”

Her struggles paid off when “Ink Master” came knocking at her door. Although the show was only in its first season, few people realized how much it could have an impact on tattooing. “The show was definitely a big growing experience for me,” Flores recalls. “When I went on ‘Ink Master,’ my idea of a great artist was someone who specializes in one style, but the show is about being great overall. Once I got there, it opened my mind to a lot of other styles of tattooing and there was still so much I needed to learn.”

Anyone who’s watched “Ink Master” for more than an episode knows it can be a tough experience for the competitors, as they’re put into an unfamiliar environment and their work is torn apart by world-renowned artists in front of an international audience. Flores was able absorb criticism and make the most from the experience.

“I think because I’m self-taught, a big thing in my career has been paying attention to little details,” Flores says. “So when I was on the show, I paid attention to what everyone was doing, and [for the first time] Someone pointed out the mistakes I was making. Instead of feeling embarrassed about the way my work was being ripped down, I listened. It was by listening that I learned and grew. Seeing great artists be challenged was also motivating because it wasn’t just me, it was an experience I was sharing with everyone else.”

“Ink Master” not only made an impression on Flores, but she also made an impression on the growing franchise, becoming the very first artist to be invited back into the competition. Her two seasons on “Ink Master” made her a fan favorite, both in the eyes of the judges and with America. “I’d already built a name for myself in Miami; before the show, I was booked a year in advance,” Flores says. “But then when I went on the show, I gained worldwide recognition and now I have people flying out from California, Hawaii, and all over the world just to get tattooed. Even though I didn’t win either of my seasons, I felt like I won and the support I’ve gained for my art is my prize.”

After the show, Flores’s career only continued to grow and she used the support to expand her brand in all directions. First, she opened Till the End Tattoos. Then, she enlisted the assistance of some of the best-known artists in the industry. The next step was to discover her true identity as an artist, both inside and out of the tattoo studio. “I started painting three years ago,” Flores says. “I’m happy where I’m at as a tattooer and I hope to be known as much for my painting as I am for tattooing.”

Flores, like many other artists, uses painting as a means to escape the constraints of tattooing. Because tattooing involves thinking, breathing and movement, it requires precision and thought. “When I paint, I want to feel free,” Flores says. “I tattoo what clients want all day, but my painting process has no rules. I don’t draw lines. I instead paint colors onto the canvas, then shape it. I just go by the feeling, sometimes I’ll work on a painting for four or five sessions until I’m happy with the colors.”

Although Flores has plenty on her plate as a full-time tattooer, a mother, a painter, and a cast member on VH1’s “Cartel Crew,” she still makes the time to mentor the next generation. While she had to hustle on her own to make it in tattooing, she’s all about setting up the next class of tattooers for success. “When I first started with apprentices, I was teaching them the basics of tattooing—holding a machine, throwing a line, and putting in some shading,” Flores says. “Now I can spot what they’re doing wrong in the first four or five seconds. My ability to help my artists goes beyond how to make a living from tattooing. I teach them how to strive to be an award-winning tattooer.”

Flores put in a lot of effort to prove that she is not only a member of the elite, but also that she has the potential to be one of them. That type of tenacity can’t be taught and it’s been the driving force in all facets of her life—as an artist, a businesswoman, and a mother. There’s no stopping Tatu Baby and it’s only a matter of time before she surprises us with her next big venture.

World's worst celebrity tattoos: Can YOU guess the star from these horrific inkings?