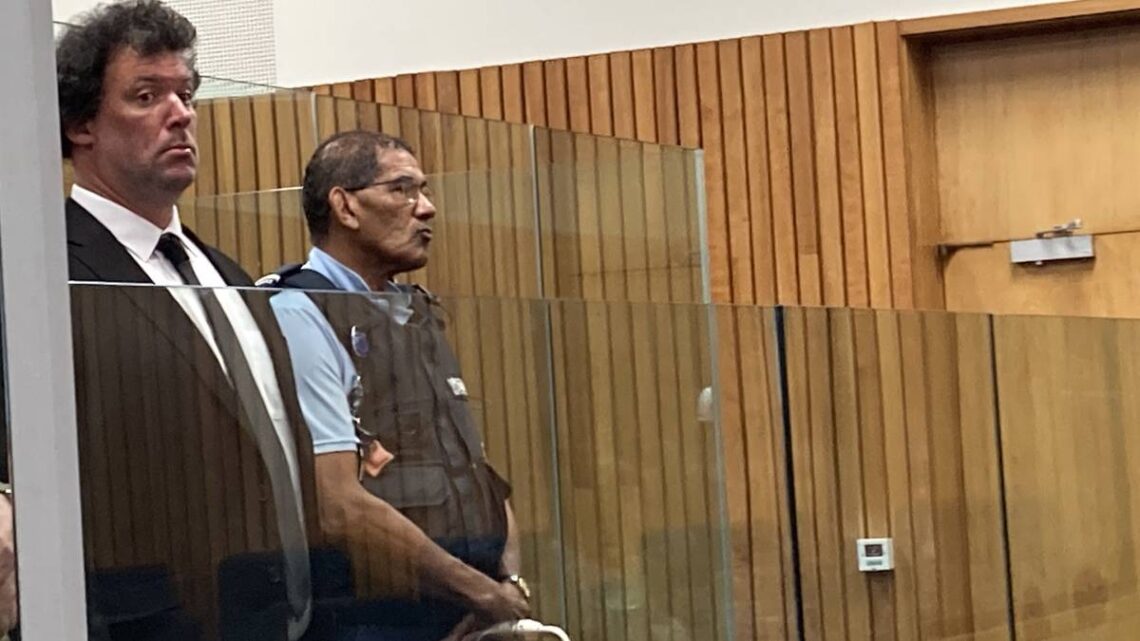 Warning: This story contains details that are sexual in nature.

A teenage girl claims that Shakey Pete, the tattoo artist, repeatedly tried to press her into getting sex with her despite her repeated refusals.

“I don’t know exactly when it started but he was making these weird, creepy sexual comments to me,” the 18-year-old said in a police interview.

Today, the New Plymouth District Court heard the DVD interview as evidence in the case against Peter John Roberts. He is a tattoo artist who was based in Australia and the United Kingdom.

Roberts, also known as Shakey Pete in the industry, pleaded guilty to seven charges. He was charged with one count of sexual violation by illegal sexual connection and six counts of indecent assault.

The offender is said to have committed the crime against his victims between January 2020 and July 2020.

Patrick Mooney, the defense lawyer, cross-examined the first complainant who claimed Roberts had touched her bottom in a January tattoo session. She later admitted to having complained to the police seven years later, after she was invited to join a Facebook group where many allegations were being made against Roberts.

Roberts would send the teenager messages via social media and make explicit comments about her photos.

“I would just delete them and not reply because I just felt so uncomfortable.

“It was weird to have a 40-year-old man following me on there. It was weird because ‘you are like my dad’s age, why are you doing that?’”

Roberts offered to tattoo her for free, and she accepted his offer, even though he was facing serious allegations on social media, including one of rape.

The sessions were usually at New Plymouth’s Brutal Ink studio on Mondays when the business was closed but the owner would let Roberts in.

“I didn’t feel comfortable but I thought it was a good opportunity, so I may as well.”

Roberts spoke out about the accusations against him to convince her that he was being framed.

“It made me trust him but I was scared of him for quite a while.”

She said Roberts would give her weird compliments about her “butt” and “boobs” and would always try to talk about when he was going to have sex with her.

Roberts had been working on her back for one session in June 2020. She claimed that he tried to pressurize her into having sex. He also told her it was fine because he was wearing gloves.

At the end of the appointment, Roberts slapped her on the bottom, which she said wasn’t necessary for the tattooing.

“We were alone and I was scared and I didn’t know what to do.”

At a subsequent appointment in July, Roberts’s behavior escalated and he again slapped her bottom before grabbing it and “squishing” it and telling the girl he wanted to bury his face in it, she claimed.

Roberts was accused by the teenager of touching her genitals indecently. She forced her legs closed to stop him.

“I was really uncomfortable and scared and just confused and like shocked as to what was happening.

“I didn’t expect him to go that far. I just felt really uncomfortable and gross.”

She didn’t complain to the police immediately because she didn’t think it was enough to matter or how to approach it.

Roberts’ comments and behavior were not acceptable, said the teenager.

Roberts later raped her, but she confessed it to her boyfriend.

Roberts was quickly fired from the studio.

Mooney was told by the first complainant that she was invited into the private Facebook group following a conversation with one of the members about allegations of inappropriate behavior.

In the police statement, she acknowledged that Roberts had tried to insert his fingers into her inner thigh.

“I shouldn’t have said that.”

She also confessed that she tried to paint a negative picture of Roberts for the police.

Roberts was a person she considered more demeaning after the January tattoo session. She also said that her negative views were reinforced by social media posts.

Cherie Clarke, the Crown solicitor, reexamined the woman and she admitted that the posts on social media had influenced her decision.

“It was happening to other people and I felt like I should do something.

The trial begins before Judge Gregory Hikaka with a jury of five men and seven women. It is expected that it will last for five days.

Where can I get help?

Call 111 if you have an emergency and feel you or another person are at risk.

Safe to Talk confidentially is available to anyone who has been a victim of sexual assault or abuse. It is open all 24 hours of the day.
• Call 0800 044 334
• Text 4334
• Email [email protected]
• For more info or to web chat visit safetotalk.nz
Contact your local police station instead – click here to view a list.

It’s not your fault that you were sexually assaulted.